Chadwick makes move to Prema with eyes on F1 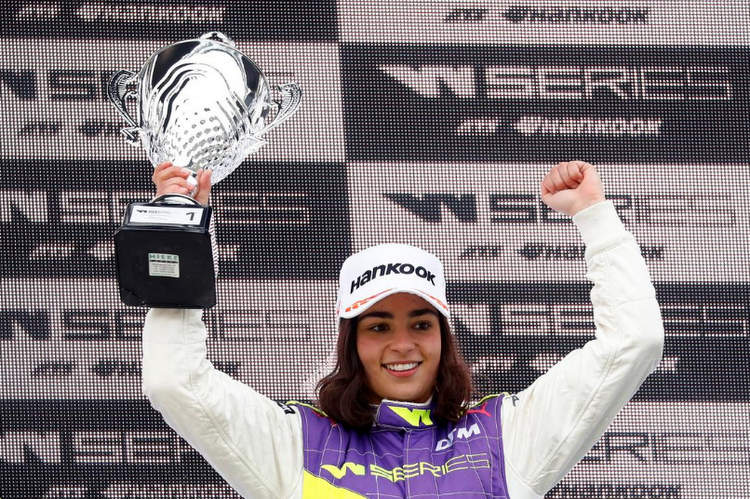 Jamie Chadwick, the first champion of the all-female W Series, may not be back to defend her title next year after securing a coveted seat in the Regional European Formula Three championship.

The 22-year-old Briton announced on Tuesday she is moving up the motorsport ladder and taking on the men by joining top Italy-based team Prema.

Her team mates will include Arthur Leclerc, younger brother of Ferrari F1 driver Charles who also raced for Prema on his way up. The team’s current F2 roster includes Michael Schumacher’s son Mick.

The W Series season has been cancelled due to the COVID-19 pandemic but Chadwick has turned disappointment into opportunity thanks to backing from Australian entrepreneur David Dicker, wealthy owner of New Zealand-based Rodin cars.

“The stars all started to align,” she told Reuters by phone from Italy, where she is testing and will remain for as long as Britain has quarantine in place for returning travellers.

“Within only a few days we got the backing from Rodin, the W Series got cancelled and the seat came available with Prema. It was a little bit all too good timing.”

Another W Series title would have handed Chadwick 15 points towards the mandatory Formula One superlicence but the FIA-backed Regional series offers 25 to the winner.

Chadwick, whose goal is to become the first female Formula One driver since Italian Lella Lombardi in 1976, already has 10 towards the 40 needed after finishing fourth in the Asian F3 championship.

“This gives me a new chance at this year,” she said. “A team like Prema, it’s an amazing opportunity.

“I have to credit W Series because none of this would have been possible without them. I wouldn’t have got to this level in my career and get noticed by somebody like Rodin cars without the W Series. I’m so grateful for the leg up they’ve given me.”

Chadwick indicated that if all went well, returning to W Series in 2021 would likely cease to be an option.

“Realistically the aim would be look at FIA F3 for next year, off the back of a successful year hopefully,” she said.

“The ultimate goal at the beginning of this year was a bit different to what it is now, but I think given the circumstances we’ve come out of the situation quite strong.”

The W Series is running an esports league to keep its drivers busy in the absence of real racing and Chadwick indicated her career move explained her unimpressive recent online performances.

“I didn’t practice quite as much as I needed to. I was in the middle of brokering this deal and there was a lot going on and my focus wasn’t 100% on the esports championship,” she said.

“But I did put quite a bit of time in. It was really competitive and caught me out.”