Bottas: I feel I’m more complete as a driver now 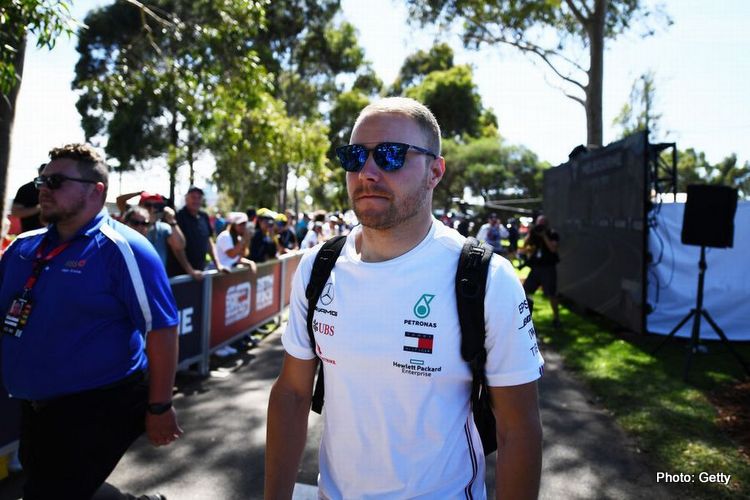 Valtteri Bottas is confident he can challenge for the 2020 driver’s championship, suggesting his work during the hiatus has made him better than ever.

Yet to seriously challenge teammate Lewis Hamilton for the Formula 1 title in his three years at Mercedes, Bottas feels that this season things will be different – both for the sport and him personally.

“It’s obviously going to be pretty special season, because it’s going to be shorter than the planned amount of races,” he explained to Sky Sports F1. “So every mistake will cost you much more than previously.

“It’s all about the consistency and I feel we’ve been working on with the team and my core engineering team in terms of my driver style, I feel I have a couple of new things in my driving style toolbox that I could use.

“I could feel that in Barcelona testing, in a couple of corners I made good steps and I’ve been focusing on that during the lockdown.

“I feel I’m more complete as a driver and also physically, I’m peaking now. Hopefully that can really translate. I’m very confident, mentally in a good place, and I’m going to go all out, no doubt.”

In addition, and unlike most of his colleagues, Bottas has managed to keep driving throughout the sport’s absence, something he thinks could give him a noticeable edge.

“I really feel that this extra time off, which was unexpected, was only good for me,” he said.

“It’s a rare time for a driver that you get so much time off and get to do different things and to really focus on yourself, improving yourself physically and mentally.

“I’ve been able to drive a lot too, and some of the other drivers may have struggled to drive during the lockdown. I’ve been doing karting, rallying every week since we came back from Melbourne. So I feel good also driving wise.”