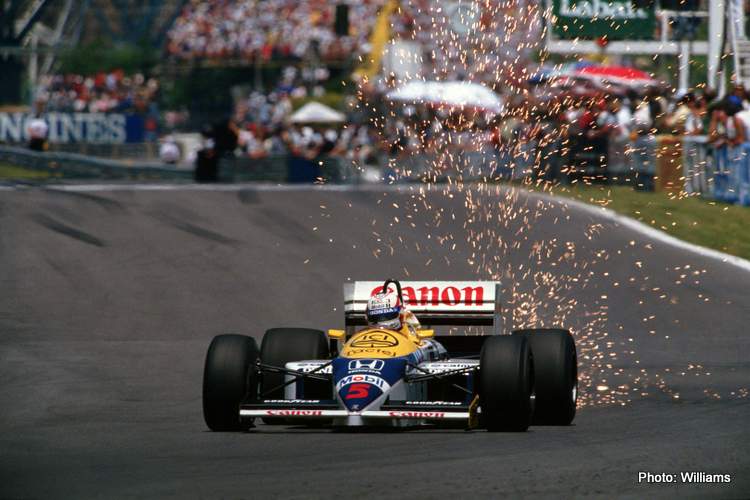 Another busy day in racing in the middle of June, the fifteenth is once again dominated by Grand Prix and Le Mans.

Starting with the Belgium 1958, Tony Brooks topped an all-British GP podium with a win for Vanwall. Compatriots Mike Hawthorn driving a Ferrari 246 F1 and Brooks’ Vanwall team mate Stuart Lewis-Evans ended second and third in a race that marked the first stat for a woman driver as Maria Teresa de Filippis brought her Maserati 250F home in tenth.

The first was from Jean Alesi’ Benetton and Giancarlo Fisichella in a Jordan in a 1997 race shortened to 54 laps after the race was stopped to assist Olivier Panis, who broke his legs in a late race crash. Schumacher then nursed his ailing car home to win the 2003 Montreal race from brother Ralf Schumacher and Juan Pablo Montoya’s rapidly closing BMW Williamses.

Meanwhile at Le Mans, Francis Clement and John Duff won the 1924 24 Hour driving a 3-litre Bentley, before Karl Kling and Fritz Riess led a 1952 Mercedes-Benz 300SL 1-2 in Stuttgart’s first win and also the first win for a closed car.

Jackie Ickx came back from strolling slowly across the track and getting going last in protest of the dangers of the traditional Le Mans start to win the 1969 race alongside Jackie Oliver in a Ford GT40. The Le Mans start was abandoned for a conventional grid start the following year, while Ickx was back to his winning ways alongside Derek Bell aboard a Mirage GR8 Cosworth in 1975.

Jean-Pierre Jaussaud and Jean Rondeau won the 1980 24 Hour in a Rondeau M379B Cosworth, since when Le Mans’ most successful driver Tom Kristensen taken three of his six Le Mans wins on this day, starting with his first alongside Michele Alboreto and Stefan Johansson in a Porsche WSC95 1997.

Kristensen also won Le Mans driving a Bentley Speed 8 with Rinaldo Capello and Guy Smith on this day 2003, and again in 2008, once more with Capello and Allan McNish in a turbodiesel Audi R10 TDI. Marcel Fassler, Andre Lotterer and Benoit Treluyer meanwhile took the 2014 win in an Audi R18 e-tron quattro.

In other sportscar results over the years Denny Hulme took his McLaren M8B-Chevrolet to 1969 St Jovite Can Am honours, while Joao Barbosa and Christian Fittipaldi took the 2013 Grand-Am Classic driving a Dallara Corvette.

On the day that F1 drivers Eje Elgh and Riccardo Paletti share birthdays, racing also said goodbye to Champcar legend and 1929 Indy 500 winner Ray Keech, who died in a crash at Altoona aged 29 in 1929