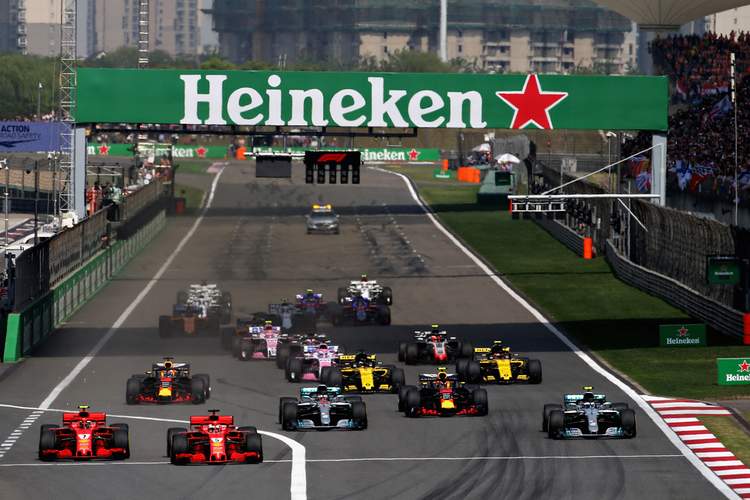 Formula 1 has offered the postponed Chinese Grand Prix the chance to host two races as part of the new 2020 calendar, a Shanghai official said on Monday.

Unable to go ahead as scheduled on April 19 due to the COVID-19 pandemic, the Shanghai International Circuit could now host two races as F1 bosses look to expand the current eight-race calendar outside of Europe, according to Shanghai Sports Bureau Director Xu Bin.

“International sport organisations care a lot about these world-class sport events in China and Shanghai,” he said in a radio interview, referring to both the race and the ATP Masters 1000 tennis tournament scheduled for October.

“Despite a lot of changes of our events due to the pandemic, we have received support from international sport organisations and national associations for some of our events.

“We would be allowed to hold the events in Shanghai at a suitable time in the second half of the year, depending on the situation of the pandemic.”

Specifically regarding F1 and their proposal for the circuit to host a double-header, Bin said that talks with Formula One Management were still ongoing.

“F1 has announced they will resume the opening eight European races, without any round in Asia. The event originally scheduled has been postponed to the second half of the year.

“FOM asked whether we could host two races in Shanghai in the discussion. It’s not been decided. It will depend on the pandemic situation.”