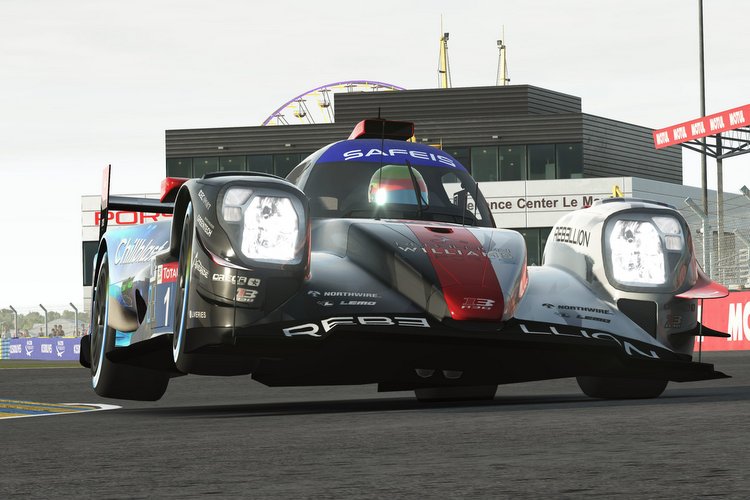 Rebellion Williams Esports won the first virtual 24 Hours of Le Mans on Sunday, the day the real race was scheduled to finish before being postponed to September due to the coronavirus pandemic.

The number one Oreca was shared by Haas Formula One reserve Louis Deletraz along with Mercedes GT driver Raffaele Marciello and Polish esports racers Nikodem Wisniewski and Kuba Brzezinski.

The four-car team was a partnership of the Williams F1 esports programme and World Endurance Championship (WEC) regulars Rebellion Racing.

Server problems caused two red flag periods but organisers of the event, featuring 200 professional drivers and gamers from 37 countries in 50 cars and participating remotely on 170 simulators, hailed a success.

“New ground has been broken in the world of esports in terms of its size, presentation and visibility across the world,” the WEC said.

The virtual race, run on the rFactor2 platform, was shown in 57 countries, with commentary just like the real event on the Sarthe circuit in north-west France.

Organisers said 13 million connections were made to the official timing system.

Two times F1 champion and double Le Mans winner Fernando Alonso was a casualty of a systems glitch that caused him to run out of fuel but the car returned at the first red flag and finished 17th.

Red Bull F1 driver Max Verstappen, sharing a Team Redline entry with McLaren’s Lando Norris, suffered heavy collision damage after a frozen screen. They were allowed back after the second reset with four and a half hours remaining.