Giovinazzi: Now was maybe not the right time 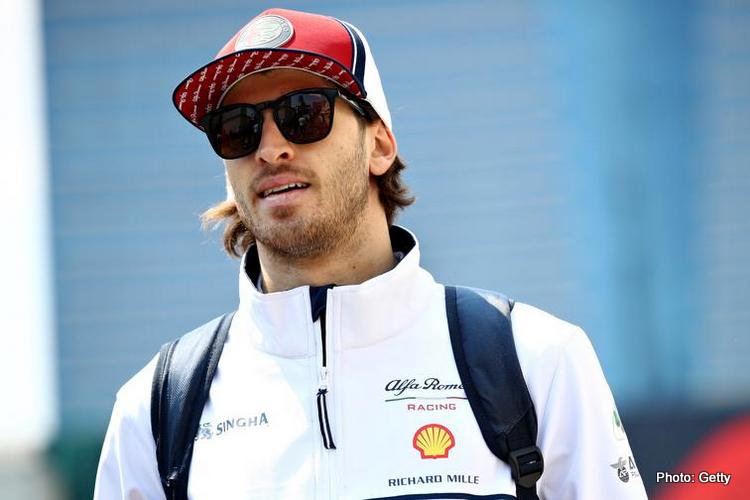 Antonio Giovinazzi has played-down the significance of his being passed-over for a seat at Ferrari, indicating that time remains on his side.

Currently driving for Alfa Romeo as a loanee from the Ferrari driver academy, Giovinazzi was reportedly on the shortlist of drivers to replace the departing Sebastian Vettel, but ultimately lost out to McLaren’s Carlos Sainz.

Regardless, the Italian insists he remains in contention for a drive with the Scuderia in the future.

“I’m still part of that family and I was really happy to have at least maybe the possibility to take that seat,” he told Sky Sports F1. “In my career I never had something easy, I always fight.

“And I think now was maybe not the right time after 23 Grand Prix. Last year I grew up really well during the year, but this year we haven’t raced so it’s really difficult for me.

“I’m still young so I’m sure if I continue like that and continue to fight, really work hard I can have that possibility.”

Completing his first full season in the sport in 2019, the 26-year-old scored 14 points and finished 17th in the driver’s championship, although there was a considerable improvement in the second-half of the year compared to the first.

Pressed further on why now was not the right time when Ferrari incumbent Charles Leclerc had made a similar move after one season with Alfa, Giovinazzi suggested his situation was different.

“I know that Charles also had one season and then went to Ferrari straight away, but from my side, if we’re looking back, we struggled also in the second part of the season with the car.

“So, also if I grew up like a driver, the result was not really there.

“But I’m still part of Ferrari and also what Mattia [Binotto] says, that they still follow me and follow especially on my career, it’s something really great.

“I’m sure that still working with Alfa Romeo, still we can do a great result together and this is my main target for now because it’s my team now.

“In the future we will see. I’m still a Ferrari driver so I’m sure I can maybe have the opportunity.”