Bottas: Mercedes are not considering Vettel 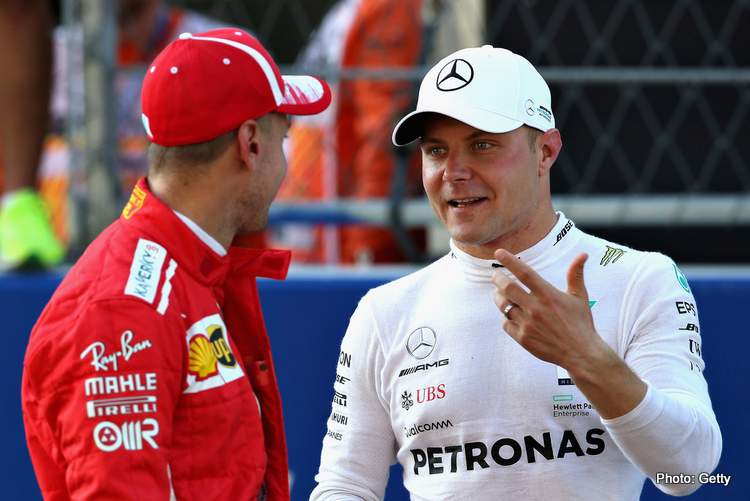 Mercedes has no intention of signing Sebastian Vettel for the 2021 Formula 1 season, according to Valtteri Bottas.

Vettel, who will be departing Ferrari at the end of 2020, has been speculated to be in-line to replace Bottas at the Silver Arrows, who is likewise out-of-contract.

However the Finn has moved to kill such speculation, suggesting that this year is no different to his previous seasons with Mercedes, which have always seen him given a further one-year deal.

“It’s the same as every year for me,” he told Sky Sports F1. “I find it quite funny that with not even a single race done, there’s been people getting my seat. It made me laugh! So there’s no pressure from that side.

“I have my clear goal for the season in my mind and that’s it. Things will then sort themselves one way or another, whatever’s going to happen. I’ve no stress about that at all.”

And while it can be argued that Vettel is a more attractive option than previous contenders for the seat like Esteban Ocon, Bottas insists he has no cause for concern.

“It doesn’t get to you. We’ve been very honest about what the situation is all the time about contracts, and I got a pretty straight message that no, they’re not considering Seb.

“So I said fine, no worries then.”

Second in the 2019 championship with four wins and 326 points, Bottas finished 86 points ahead of Vettel in fifth place. Subsequently, the Scuderia has moved to install Vettel’s teammate Charles Leclerc as its driver of the future, leaving the four-time world champion to contemplate either a move lower down the grid, or putting an end to his F1 career.