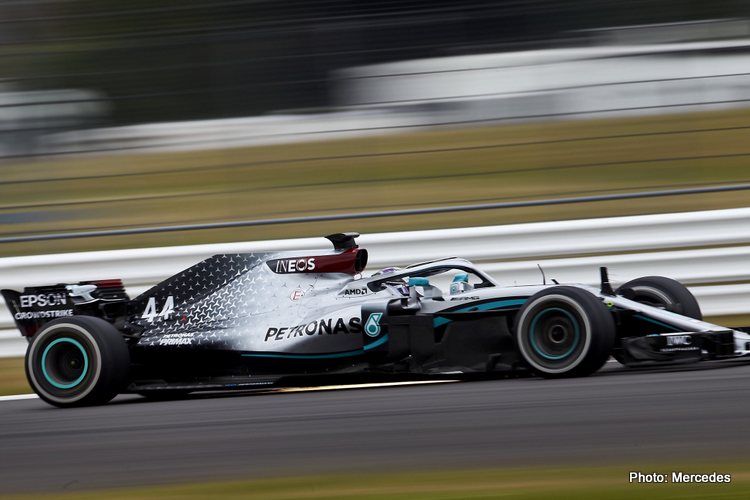 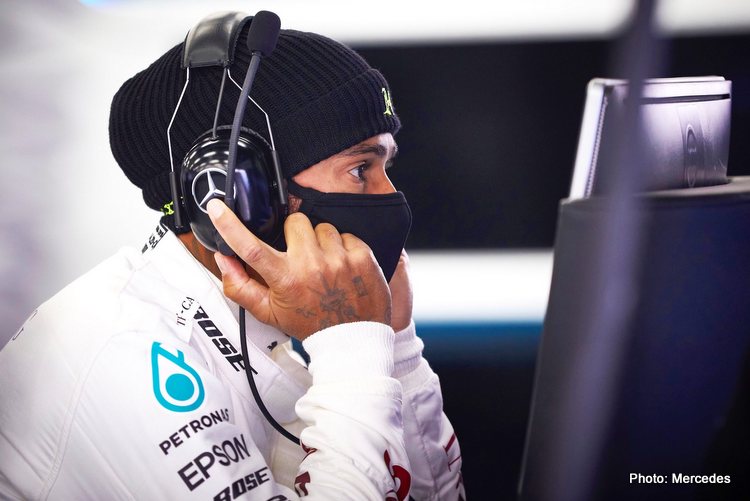 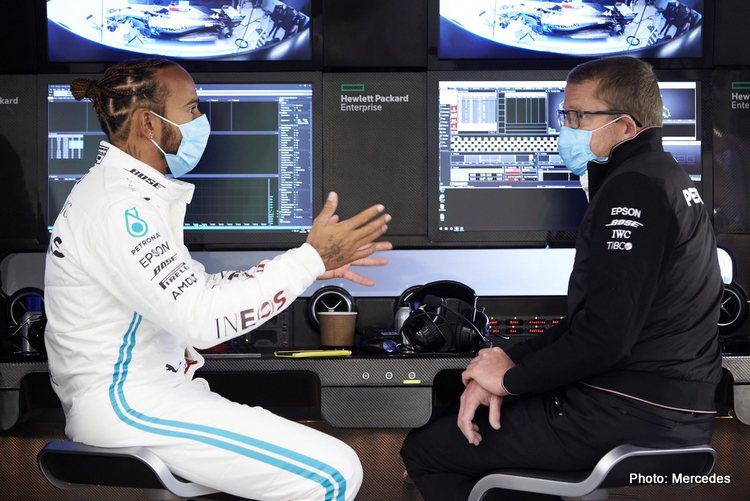 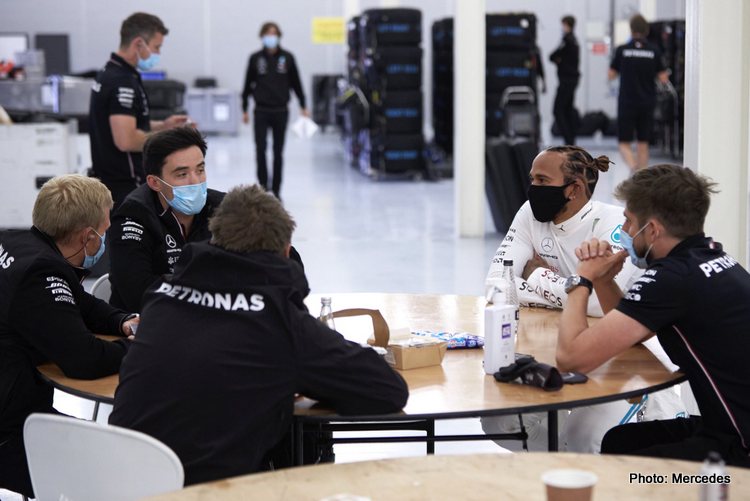 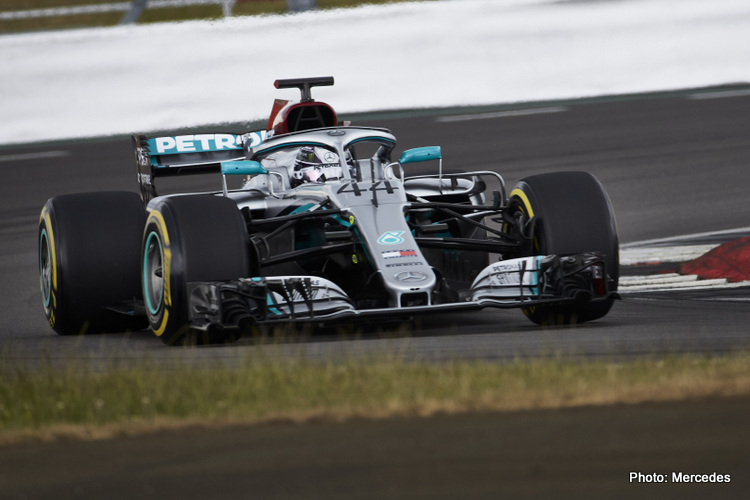 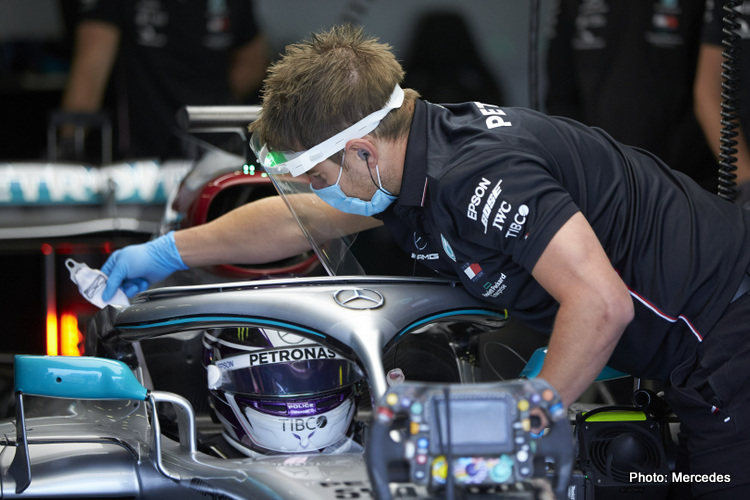 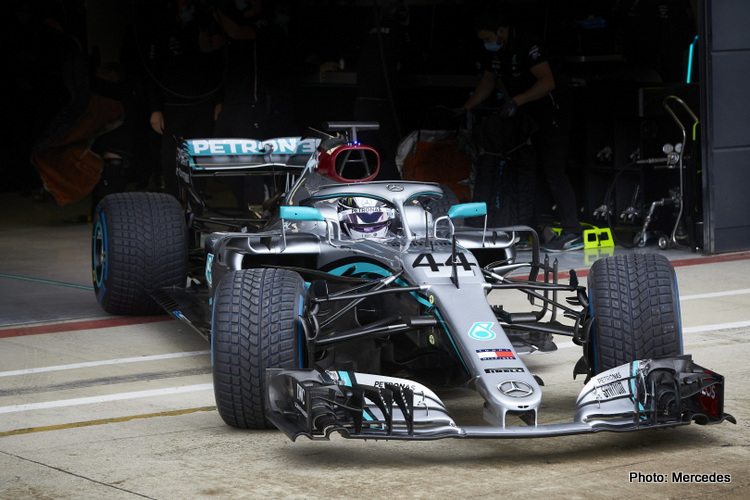 Lewis Hamilton has made his return to a Formula 1 car on Wednesday, completing the second day of Mercedes’ pre-Austria test at Silverstone.

A day after his team mate Valtteri Bottas returned to action in dry conditions, Hamilton put his title-winning 2018 Mercedes W09 car through its paces on a greasy track after early showers.

The team is practising protocols for the Austrian Grand Prix on July 5, which will serve as the season opener.

“I didn’t feel like I’ve ever left the water, so that’s a positive,” Hamilton said in a video posted on Mercedes’ social media channels.

“I think every time you take a big break — I think it’s been 103 days or something — you always wonder whether you can still drive.

“So it’s a good feeling to know of course I can, I’m ready, I feel fit. I hope you guys are all well and excited for what’s coming up.”

Formula 1 has released an initial calendar of eight races in 10 weeks, all of which will be held without fans present and in controlled conditions due to the novel coronavirus outbreak which has killed over 411,200 people globally.

Hamilton said he was happy to be behind the wheel again.

“When you leave the garage the first time you get this buzz, and it doesn’t matter how many years you do it, it always feels new and fresh,” Hamilton said.

“Obviously this is an older car but it still felt fantastic. In general we got through a solid programme today.

“Valtteri’s day was dry, my day started off wet, so quite a greasy Silverstone track. But obviously I grew up in this kind of weather, so I’m used to it. I was still able to get a good feel of the car.”

The tests are allowed under FIA rules as the team is using an older car which has to be run to contemporary specifications without any current parts trialled.

They must also use testing tyres provided by Pirelli, rather than the 2020 race rubber.

ROLL OUT! 🙌 @LewisHamilton behind the wheel of an @F1 car! Oh, how we’ve missed this!! 🤩 pic.twitter.com/Rqrljmy8UV

"I'm ready. I feel fit" 💪 It's Lewis' lowdown after another busy day of Testing at Silverstone!

💭 What were the last two days all about?