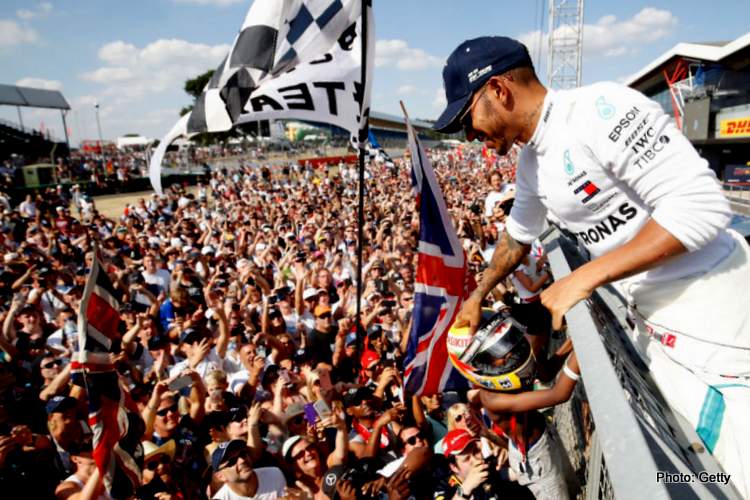 The British Grand Prix is considering the use of cardboard cut-out fans amidst the COVID-19 pandemic, managing director Stuart Pringle has revealed.

A practice that has been employed across several football leagues with fans unable to attend due to restrictions on mass gatherings, Pringle indicated he would be in favour of employing it in Formula 1.

“We have looked at things and I’m certainly not short of people trying to sell me interesting novel ideas, particularly printing companies seeking to replicate the Bundesliga cardboard crowd thing, which actually is great and I’m up for,” he told BBC Radio 5 Live.

“We’re in the entertainment business, we want to retain a relationship with the fans. We want to keep them as involved as possible, and, of course, that’s a lot easier in the digital age. We’ll be doing an awful lot on our website and social channels and things like that.

“But if there is a way that practically we could involve people, be it a video wall or the cardboard crowd on the seats, absolutely we’ll look at it. We are exploring all of those things.”

Scheduled for back-to-back races on August 2 and 9, the GP will be taking place approximately a month later than normal, and while the restrictions mean a loss of fans and Silverstone’s famous atmosphere, Pringle believes that being able to run at all amidst the pandemic presents a unique opportunity.

“I do think that by being top of the bill this summer, hopefully, we may introduce some people.

“We all love our own sport and sometimes we don’t try other sports. And actually, if you’re a sports fan, then just getting stuck into something is a great experience.

“But it’s just great to get sport back up and running and I’m sure we will pick up some new people, and fingers crossed, we’ll have an exciting race.

“We are lucky at Silverstone, generally our venerable old circuit throws up some absolute humdingers, so fingers crossed we’ll have that again.”