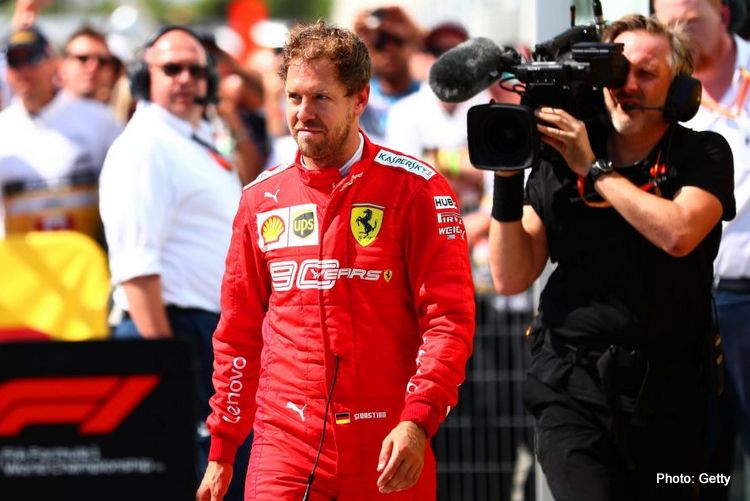 Set to depart the Scuderia at the end of 2020 after being unable to reach an agreement on a new contract, Vettel looks likely to leave having failed to add to the four Formula 1 driver’s championships he won alongside Webber at Red Bull from 2010-13.

Asked about his old teammate on the At the Controls podcast, Webber posited that the culture at Maranello had finally worn thin on him.

“Yes, Sebastian has done his best with what he could to set the team up and have it in a position to win a world championship in the last few years [but] it hasn’t happened,” he said.

“So I think his confidence has been very much rattled with the lack of penetration that he was able to have with the Italian culture, that’s a big thing.

“There’s a sort of Germanic way of going about things, borderline robotic as we know they are. The English, Aussies, Kiwis, South Africans are somewhere in the middle and then you’ve got the Latinos at the other end.

“So that marriage I think just really wore him out. You can see he doesn’t look his age right now, I’ve told him that several times. But he’s had a good run at it, a hard run at it, but I think he’s just worn down.

And maybe he knows more about the car than we do. But anyway, he might have a year off, who knows? I think he doesn’t feel he can get out of bed with a spring in his step driving for a red car right now and obviously as an athlete that’s a problem.”

Yet to find a seat for 2021, Vettel’s only real chance of staying on the grid would appear to be accepting a midfield drive, but Webber doesn’t believe the German would be interested.

“I don’t know where he can go, I really don’t. Most of his career he’s been sniffing around podiums, apart from the first year at Toro Rosso, which he still won a race in that first year.

“I don’t see him at Renault at all. I see him letting it flush out off the back of ’21 and then maybe has a bit of a look at coming back.

“His age is super young to stop, but because he did start early, the trophy cabinet’s handy. I wouldn’t be surprised if he stops, but I really hope he doesn’t.”