The braking point: Why Hamilton’s stance could be a turning point 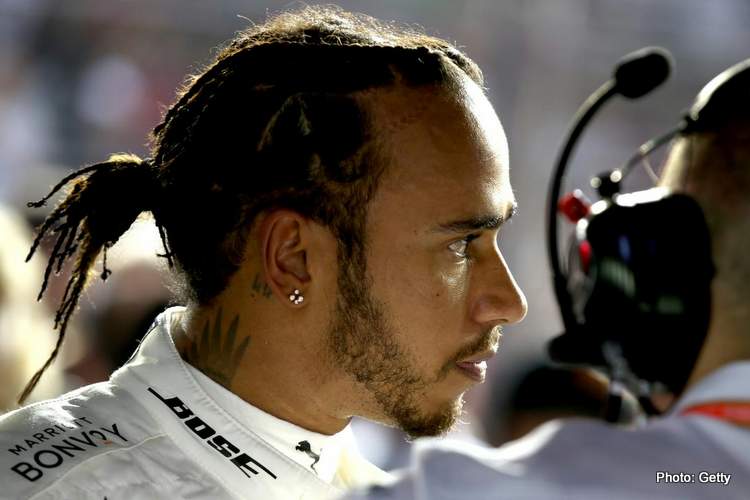 The past week has become something of a dark reminder of the deep-rooted structural racism that remains prevalent in the USA and abroad.

While the swell of global support has been uplifting, there is plenty more we can do to help rid the world of such insidious attitudes and behaviours.

As a white man, I cannot even begin to understand how difficult this must be for the black community and if nothing else, I want to extend my solidarity and support as best I can.

As is right, motorsport has not been immune to recent events and sadly, the response was not as defiant as we might have hoped.

Lewis Hamilton has long been the sole voice in favour of greater diversity in the sport and it not surprising to see him left isolated in his bid to raise awareness and fight injustice once again.

Thankfully, we have since seen plenty more drivers and teams willing to speak up, and I hope this can be a genuine turning point in our sport.

Formula 1 also spoke up in support of Hamilton, however as Liberty Media, CEO Greg Maffei and chairman John Malone were all big donors to Donald Trump’s 2016 presidential campaign, it is difficult to imagine the sport’s commercial rights holder making genuine strides.

Hamilton has been talking about racism in motorsport since he was 12 years old and as he remarked recently, things have not got any better during his time in Formula 1.

“The one constant has been the lack of diversity. I’m the only black driver in F1 and the truth is that it was incredibly hard for me to break into this industry,” he said during an interview with Style magazine.

“I wish I could say it was better today but if anything, I think the situation is worse than ever before. The high cost of competing excludes working class and lower income families before they even get a chance to take part.”

The six-time world champion remains the only black driver on the grid, while he and Alex Albon are the only non-white drivers currently competing.

For too long it seems that Hamilton has been praised from the sidelines for taking a stance, but no action has been taken as a result.

In my view, the FIA and Formula 1 need to start putting far more time, effort and resources into supporting BAME people and creating pathways for them into the top levels of motorsport.

Currently it feels as though we are closer than ever to seeing a woman competing in Formula 1, and that in a large part has been down to the work of the W Series.

Such a project has given young women the funding and exposure, and has actually seen plenty of older drivers rediscover a career in motorsport that they thought was lost.

Now of course this is not to advocate for a new series, but instead for new funding measures and programmes that help make motorsport and Formula 1 less homogeneous.

One area that has proved really successful is eSports, which has far fewer financial barriers to entry than say, karting.

Jann Mardenborough is an example of someone who has successfully made the transition from eSports to the world of real racing and it would be fantastic to see him inspire a new generation of BAME racers to follow such a route.

Like Mardenborough, Hamilton broke the mould when he arrived in Formula 1 back in 2007 and it is a shame that despite his success, little has really changed.

However, rarely has there been such a sign from his peers that they support him as there was this week and that must bring with it hope.

There is of course plenty of work to do and sadly, some areas of the motorsport community remain silent, but it appears that in some quarters the awareness that something must be done is finally growing.