Simming Memoirs – Part XIV: The memories of a sim rig 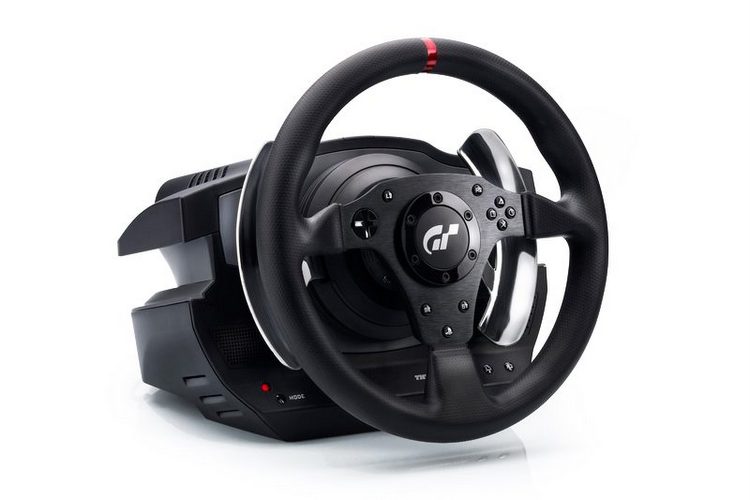 As the end of these memoirs nears, it is about time we dedicate some time to “ze gear”. 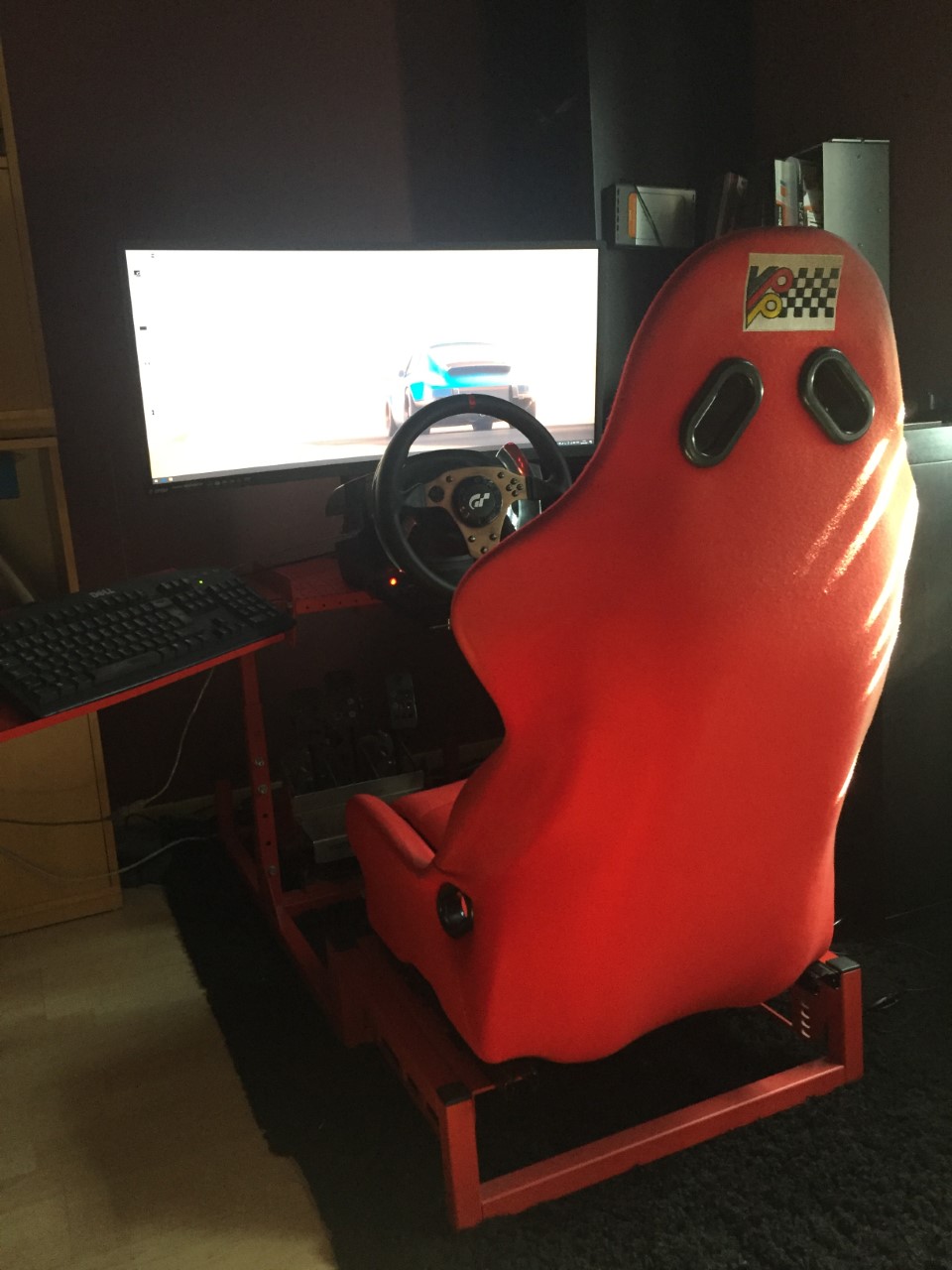 At the heart of it is still a computer. One that was built with sim racing in mind and thus mainly consists of components aimed at gaming. A powerful processor and motherboard, additional fast RAM and, most important, a dynamite graphics card with yet more additional RAM. All those components are mounted into a large case with at least two giant fans, ensuring that everything stays sufficiently cool when stressed.

All that is no luxury. You may have the most fancy direct drive steering wheel or the most expensive pedals on the market, the PC remains the main engine powering the entire set-up.

My motto when building a sim rig therefore is: “Never try saving money on the computer.” Nothing is more annoying than stutters or other graphic glitches when playing.

Then, there is the rig itself.

Let us start the grand tour with the component that currently has the longest track record, the shifter. It is a Lightning SST Shifter with 8 positions and has yet to deceive me. Sim-Gear, who manufactured and commercialized the shifter, offered an impeccable service. After a few years, the shifter started behaving erratically. I shipped it back to the States and it was returned within the month, better than new. And none of it cost me a dime. The company has sadly gone out of business since then, and I dread the day my shifter will stop working. 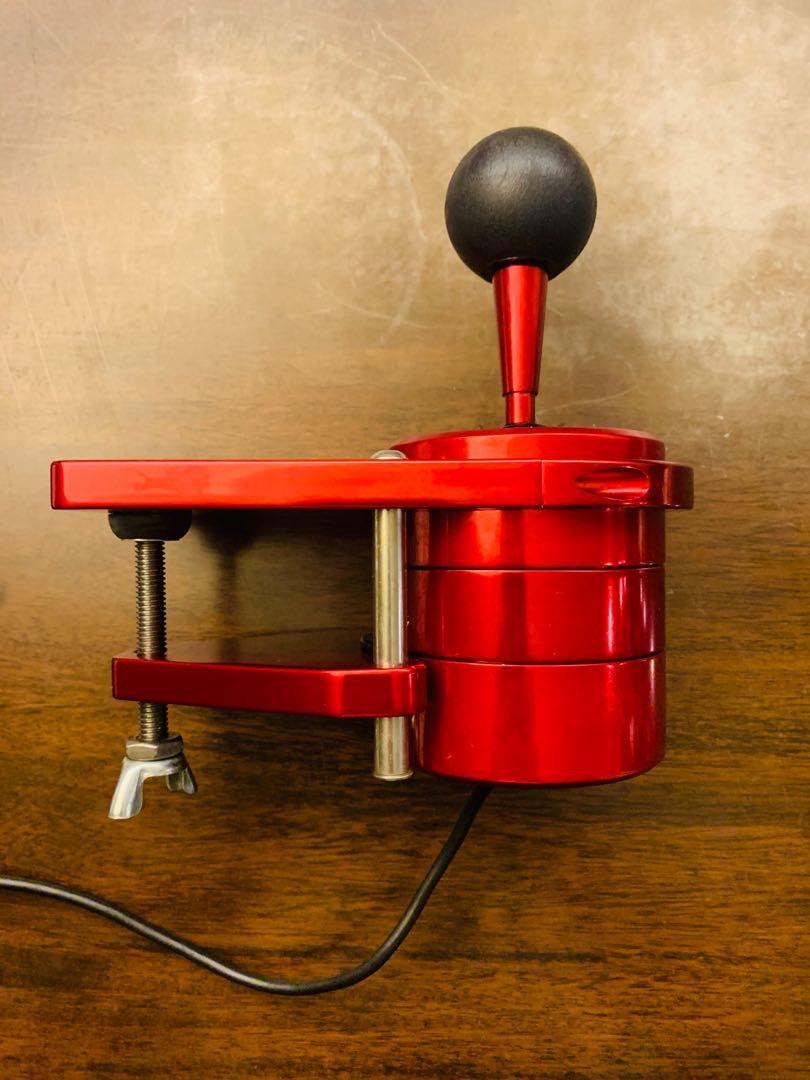 Next is the seat with the actual frame. Produced by a company that is also defunct: Virtual Performance Parts. They were a group of German engineers who had decided to port German sturdiness to the sim-world. And boy did they deliver.

The frame is basically indestructible. I got mine second-hand when a sim center in the south of the Netherlands liquidated their stock. When I heard of the opportunity, I jumped in my car and headed straight for the border. I was driving a first generation X5 (known as the E53 to BMW-aficionados) back then and the frame, even disassembled, barely fit in the car. Still, I never covered the distance between the Dutch border and home on the return in lesser time than then.

My pedals are also from VPP and were also imported from the Netherlands. A guy that I raced with in a BeNe endurance league sold his entire sim kit to buy a professional camera. Again, I was quick to grab my keys for a trip up North. After years of heavy use, the pedals stopped functioning. As VPP had gone out of business and the guy who sold me the pedals did no longer reply to any of my emails, I feared that they were ready for the junkyard. Some digging through the internet however turned up a small engineer’s firm some 20 kilometers down the road. They simply replaced the pods and my pedals went better then ever before. 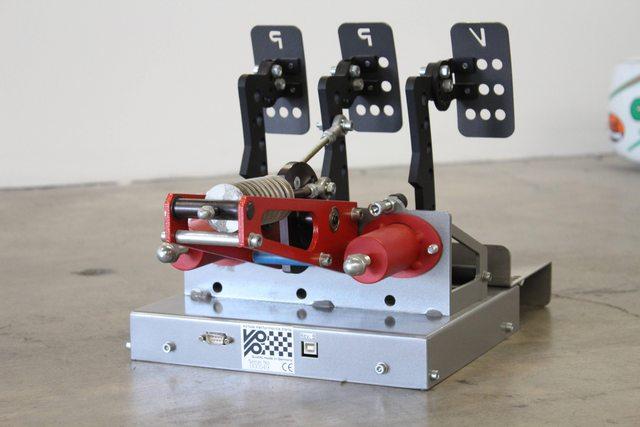 The guys at the shop assured me that the pods were the only digital part in the pedals and there should always be replacements. Besides that, they were adamant that the set was of such rugged quality that it should never, ever break.

Seems the Germans of VPP put so much effort in the quality of their products that they forgot to make a buck on it. Sad really…

Finally, the last addition to my rig is the steering wheel itself. It is a first series Thrustmaster T500 RS, a wheel made for the PS3 but a favorite among PC-racers. It is my 5th wheel and succeeded a trusty Logitech G27. At the time I read on a forum that it was released, Belgian retailers did not yet have it in store. Ordering it online was a possibility, but the wait for it to be delivered would have been unbearable. So I located the importer for Belgium and drove across town. The very same night my Thrustmaster was installed. I have been satisfied with it ever since.

And the steering wheel

Lately, I’m however thinking of upgrading it. The wheel starts feeling as if it has seen its best days. It is a bit loose around the center, the paddles are no longer very reliable and, generally speaking, it appears increasingly dated.

The steering wheel will therefore most probably be the next item to be replaced on my rig. But there is so much choice nowadays… I need guidance, so feel free to drop some recommendations in the comments.

A handbrake and a sequential shifter are also on the wish list.

See, that’s the thing with a sim rig. It’s somewhat like an actual car. Once you have one, you want to improve it… And that never stops.