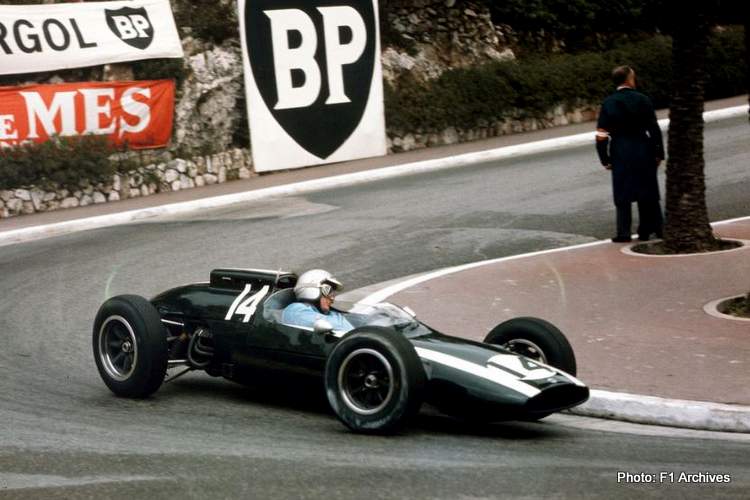 There were four grands prix over the years on 3 June…  Peter Collins and Paul Frère’s Ferraris held Stirling Moss’ Maserati off to win a damp 1956 Belgian Grand Prix – Moss had taken over Cesare Perdisa’s car before charging back to third.

The other three races were all in Monaco, starting with Bruce McLaren’s Cooper-Climax (above) holding Phil Hill and Lorenzo Bandini’s Ferraris to win in 1962.

Alain Prost benefited the 1984 Grand Prix run in heavy rain being shortened to 31 laps as to take his first of four Monaco wins off pole position in his McLaren-TAG Porsche MP4/2. Second-placed rookie Ayrton Senna’s Toleman-Hart had scythed through the field and was bearing down on Prost when the chequered flag flew. René Arnoux was third for Ferrari.

On the day that Champ Car legend Fred Frame, occasional F1 racer Jean-Pierre Jaussaud and NASCAR star Jamie McMurray were born, sportscar racer Erwin Bauer (45) died after his Ferrari crashed on the slow-down lap at the Nürburgring in 1958. Bauer had not noticed the chequered flag and kept on racing.