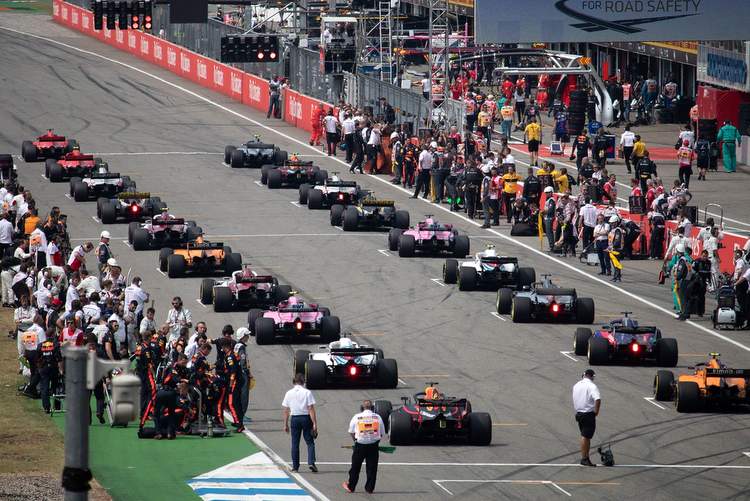 Formula 1 races will not be cancelled even if there is a positive test for COVID-19, CEO Chase Carey said on Tuesday.

The American was speaking after the sport published an eight-race initial calendar with the season starting in Austria on July 5.

The original March 15 opener in Australia was cancelled after a McLaren team member returned a positive test for the new coronavirus before the weekend had started.

“An individual having been found with a positive infection will not lead to a cancellation of a race,” Carey said in an interview on the official F1 website.

“We encourage teams to have procedures in place so if an individual has to be put in quarantine, we have the ability to quarantine them at a hotel and to replace that individual,” he added.

“A team not being able to race wouldn’t cancel the race… we will have a procedure in place that finding infection will not lead to a cancellation. If a driver has an infection, (the teams have) reserve drivers available.”

F1 plans to race without spectators, at least initially, and teams will fly in on charters and be isolated from the local population.

Carey pointed to “a rigorous set of guidelines” of some 80-90 pages detailing the processes for travel, hotels, meals, track behaviour and testing.

Teams will operate in ‘bubbles’ with social distancing in non-critical areas such as the paddock.

F1 expects some 1,200 essential personnel with the 10 teams limited to a maximum 80 people each compared to the more usual 130.

Carey said he hoped to finalise the rest of the calendar by the end of June and recognised there were some races currently included which might not happen, but the sport had other options.

The F1 boss defended the decision to go racing, saying governments in the countries concerned were supportive.

“Much of the world is moving forward and I think it is important to realise that the shutdown does have both health, societal and economic consequences which are real long term,” he said.