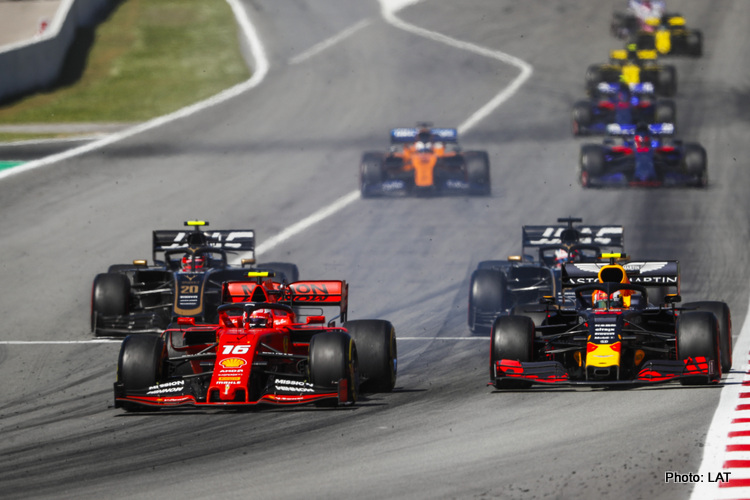 Formula 1 has confirmed dates for the first eight races of the 2020 season, all of which are set to take place behind closed doors.

As expected the season will get underway with a double header in Austria at the Red Bull Ring, held between 3-5 July and 10-12 July respectively.

The sport will move onto Hungary a week later for a race at the Hungaroring, before taking a week off ahead of the double header at Silverstone in the United Kingdom.

The new calendar includes a further three rounds in Spain, Belgium and Italy, and runs until 4-6 September.

The statement accompanying the calendar states that further races will be announced in the coming weeks.

“The opening 8 races of a revised 2020 calendar are now confirmed,” Formula 1 wrote on Twitter.

“All 8 are currently set to be closed events, operating under the strongest safety procedures. Further races will be announced in the coming weeks.” 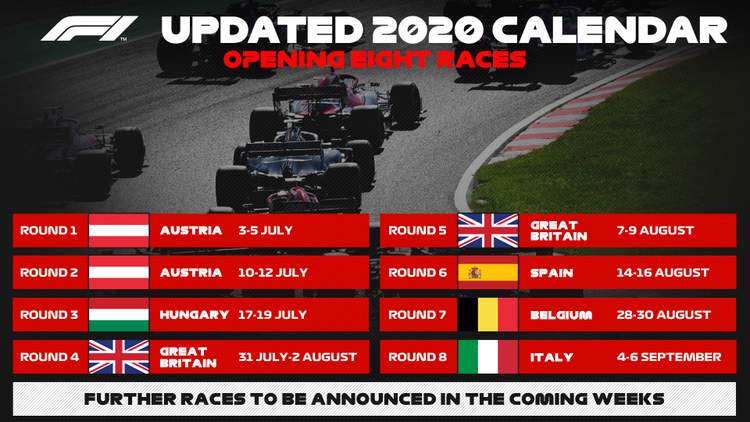 Following Formula 1’s announcement of their opening eight races of the revised 2020 calendar, FIA Formula 2 and FIA Formula 3 are pleased to confirm that their 2020 season will also start on July 03-05 at the Red Bull Ring and will continue alongside F1 in the succeeding seven rounds.

Both championships were planned to start their 2020 campaign at Sakhir, Bahrain on 20-22 March, but was put on hold due to the global COVID-19 pandemic.

Since then, F2 and F3 have monitored the situation alongside Formula 1 who has been working closely with promoters, authorities in Europe and the FIA to put in place a revised calendar that allows a return to racing in a safe way for the visited communities and the paddocks.

We currently expect the events will take place without fans, with the hope to have them included in future rounds later this year. The opening calendar will include holding two consecutive events at the same circuit one week apart (Spielberg and Silverstone) as well as a number of back to back events.

As stated by F1 in their announcement, the health and safety of all involved will continue to be priority number one. A robust and detailed plan with strict procedures put in place by Formula 1 and the FIA to ensure the events have the highest level of safety will also apply to the F2 and F3 community and paddock. The rest of the 2020 F2 and F3 calendar will be revealed at a later date.

F2 and F3 CEO Bruno Michel: “First of all, I would like to thank Formula 1TM and the FIA for making this revised opening calendar possible in such difficult circumstances. I am very pleased to confirm that F2 and F3 will be able to race alongside F1 in the first eight events.

“It is unfortunate that currently we don’t expect fan attendance in these opening events, but we are however glad that we are able to bring them the entertainment of our racing in the safest way possible.

“We will also follow the very detailed safety plan put in place by Formula 1 and the FIA as our priority is to make sure no risks are taken.

“Our 2020 season will continue beyond Monza. We will announce the second part of our calendar as soon as possible.”