Amanda McLaren: June 2 is always an emotional date for us 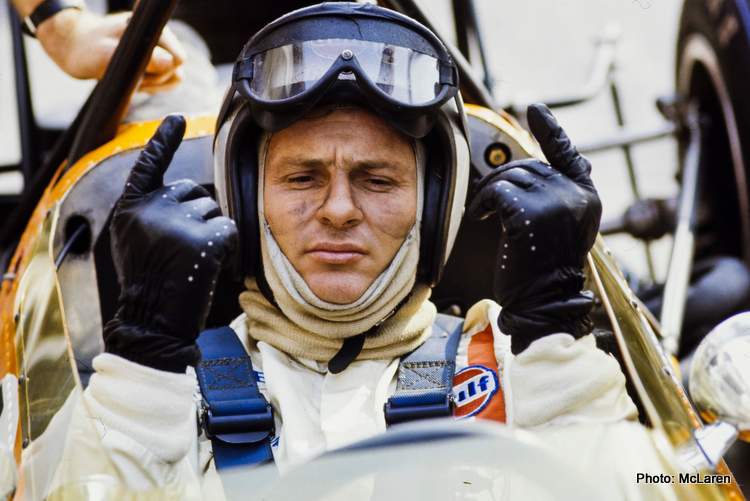 McLaren today honoured the life and achievements of their founder Bruce McLaren, who in 1963 gave life to Bruce McLaren Motor Racing Ltd, the company that has evolved through almost six decades in which it spent large periods as one of the most potent forces in Formula 1.

June 2, 2020, marks half a century since the death of the pioneering racing driver and engineer, who was killed in 1970 while testing one of his Can-Am racing cars at the Goodwood Circuit in West Sussex, UK.

In commemoration of her father, Amanda McLaren – a McLaren Automotive brand ambassador – unveiled a life-sized statue of Bruce McLaren during a short private ceremony at the McLaren Technology Centre (MTC) in Woking, Surrey, UK.

Fifty lighted candles were also placed around a 1970 McLaren M8D displayed at McLaren’s headquarters. The ‘sister car’ to the M8D in which Bruce McLaren was killed, it was driven to championship victory in the 1970 Can-Am race series by Bruce’s team-mate and fellow Kiwi racer, Denny Hulme.

This was the second time Hulme had secured the championship, McLaren himself taking the honours in 1967 and 1969. The McLaren team dominated Can-Am racing from 1967 for five consecutive years.

“It is an honour to mark the 50th anniversary of the death of Bruce McLaren by unveiling this wonderfully crafted statue to commemorate his life and achievements. When my father died in June 1970 – just 12 years after coming to the UK from New Zealand – he had already done so much to realise his ambitions, but the best was still to come.

McLaren’s accomplishments over more than 50 years in Formula 1, the landmark victory at the 1995 24 Hours of Le Mans race and the supercars and hypercars designed, developed and built under the McLaren banner, all stand as his legacy.

Amanda McLaren, daughter of Bruce; McLaren Automotive Ambassador, “June 2 is always an emotional date for us and that’s particularly true this year. Having ‘Dad’ looking out over McLaren is incredibly moving and I know that he would have been so very proud of the achievements made in his name.” 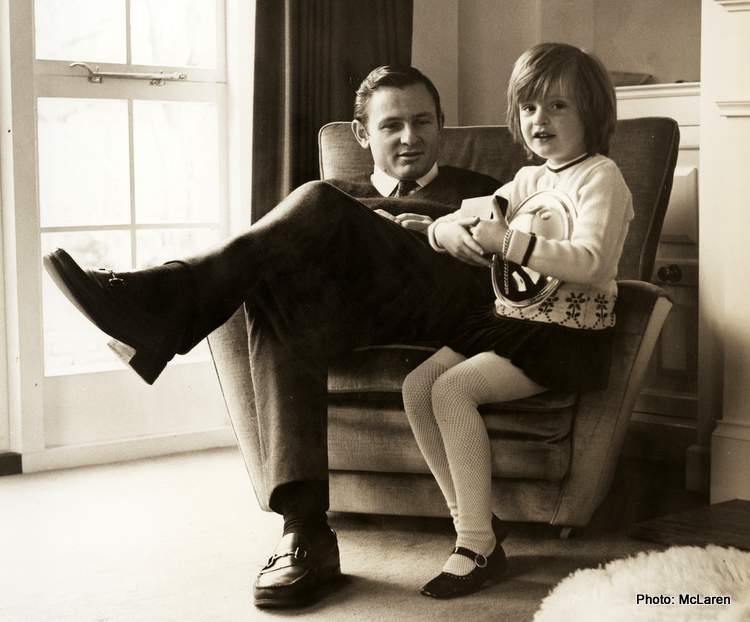 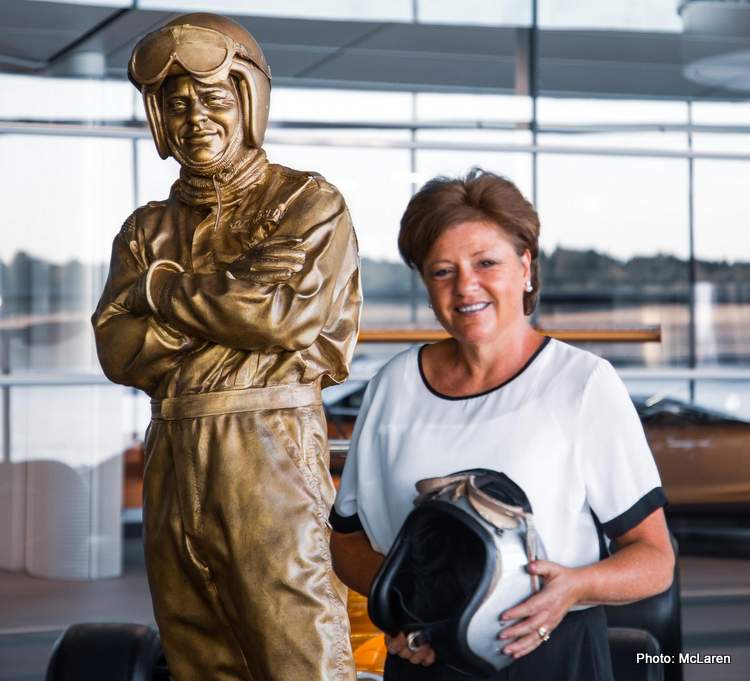 The bronze statue of Bruce McLaren was created by painter and sculptor, Paul Oz. Globally recognised for his motorsport-inspired art, Oz was previously commissioned by McLaren Racing to produce a sculpture of Ayrton Senna that is also at the MTC. Senna drove for McLaren for six years, winning all three of his Formula 1 World Championships at the wheel of a McLaren in 1988, 1990 and 1991.

Bruce McLaren himself debuted the newly formed McLaren team in Grand Prix racing in 1966, competing in Monaco. He also delivered the maiden McLaren Grand Prix victory, winning in 1968 at the Spa-Francorchamps circuit in Belgium. This was Bruce’s fourth Formula 1 victory, adding to the three he recorded driving for Cooper.

The team that still bears his name has since achieved a total 182 race wins, bringing 12 Drivers’ Championships and 8 Constructors’ Championships to become the second most successful team in Formula 1. McLaren also has three Indianapolis 500 victories to its name and earlier this year the team returned to full-time IndyCar competition for the first time in 40 years.

While Bruce McLaren himself never produced road cars in any number, the McLaren name was further cemented in automotive history with the introduction in 1992 of the McLaren F1, the car famously going on in race guise to win the 24 Hours of Le Mans endurance race in 1995 at the team’s first attempt.

McLaren Automotive, today the largest part of the McLaren Group, was formed in 2010 and now produces a portfolio of GT, supercar and hypercar models for the road, with competition cars in the GT4 and GT3 classes and equivalent supported by McLaren Customer Racing.