Russell: You Can’t Have a Race Circuit In Your Back Garden 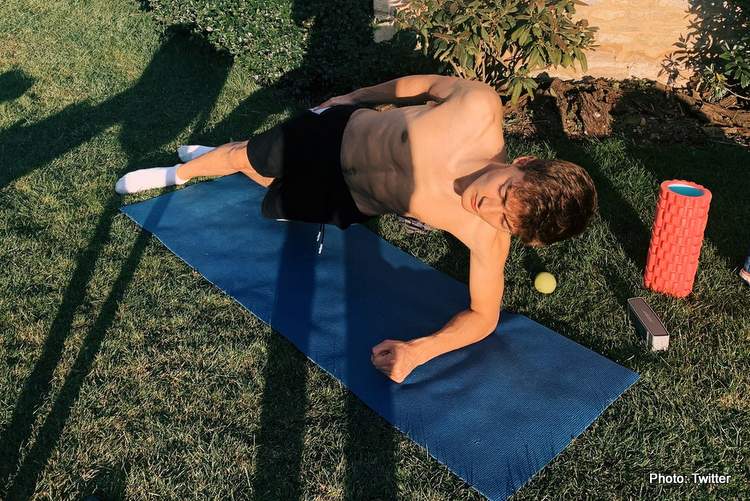 While the lack of Formula 1 races in 2020 is clearly a case of force majeure – nobody could’ve anticipated the emergence of a pandemic and the devastating effects it will have on sports – fans and racers alike can’t help but be disappointed.

Fans couldn’t wait to see the most anticipated cars of the year go flat out on the circuits, and drivers, too, were eager to drive them. What we got instead was a series of canceled or postponed Grands Prix and the endless anticipation for the cars and drivers to return to the track.

Hopefully, the wait will be over in a little over a month when the season can finally start in Austria. This doesn’t make things any easier for fans, though. And drivers, too, are feeling the pressure from the long weeks of lacking true-to-life driving experiences, as revealed by Williams driver George Russell.

If indeed, the F1 season starts with the Austrian Grand Prix at the Red Bull Ring on July 5th, it will mark the first race in seven months. The long time drivers spent away from their cars means that it will take time for them to get up to speed once the season finally begins. After all, even the most lifelike F1 racing gear one can have hooked up to a computer, it is not the same as actually sitting in an F1 car.

“Unlike other sports, you can’t have a race circuit with a Formula 1 in your back garden. It’s not like a footballer who can just go out and kick a football and do their own training,” he told the press.

“I’ve recently invested in more top quality simulator equipment and started not only to do it for fun but to start training on there, thinking this is the closest thing I’ve got to reality and I need to stay sharp and be ready for whenever we go back”.

Drivers will be “rusty”

Haas driver Kevin Magnussen expects to be “a little rusty” when finally returning to racing but doesn’t worry about losing his touch. “I had a whole season out of a race car in 2015,” he told Sky Sports earlier this month.

“In 2016 winter testing when I got back in a Formula 1 car it didn’t take that many laps, it felt like a normal winter., You pick it up quickly and it’s been the same for everyone”.

Racing action could be a bit unpredictable when drivers finally return to the track, he thinks and expects the first race to be fearful a bit – in an exciting way. “I know that you don’t really forget it. You get a little bit rusty, but you don’t get that rusty.”

For now, the Austrian Grand Prix is expected to proceed as scheduled, with the first practice on July 3rd, and the race taking place on the 5th. Fingers crossed.

What’ve you all been up to? pic.twitter.com/EKApGper7w