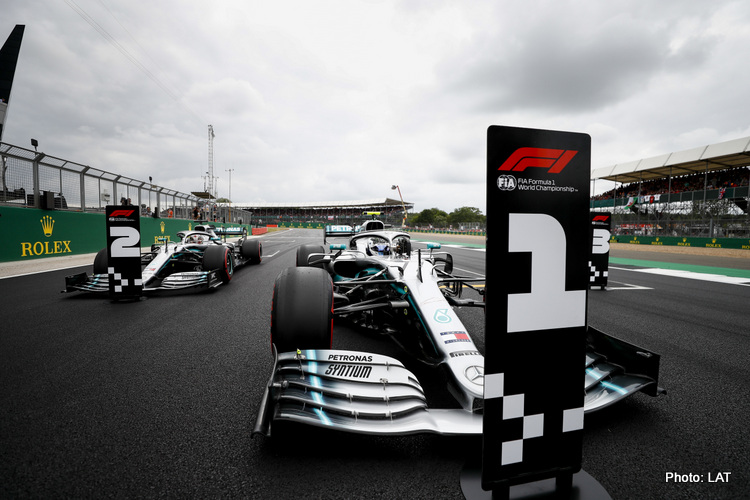 Formula 1 owners Liberty Media are pushing to use the doubleheaders in Austria and the UK to trial reversed-grid races, it has been reported.

Proposed at a meeting between Liberty, the FIA and teams on Friday, the idea is for one of the two grands prix at each venue to be determined by a reversed-grid ‘sprint race’ on the Saturday, instead of F1’s regular qualifying format.

The drivers would line-up for this Saturday race in reverse of the championship order, meaning the likes of Mercedes and Ferrari would have to come through the field to earn better grid slots for Sunday.

An idea that has been floated for some time, being able to try it at Spielberg and Silverstone alongside a regular GP will allow F1’s stakeholders to make a direct comparison before committing to its implementation in a normal F1 season.

However while the proposal has the full support of the FIA, it could be jeopardised by an informal vote from the teams that reportedly saw Mercedes disapprove. Unless the FIA can justify using its ‘safeguard clause’ to push it through with a simple majority, teams must give unanimous consent for such rule changes.

In any case, a formal vote will take place this week, allowing the FIA enough time to make the necessary changes to the sporting regulations.