Norris: If I want to make Daniel angry, Max will be the guy to ask! 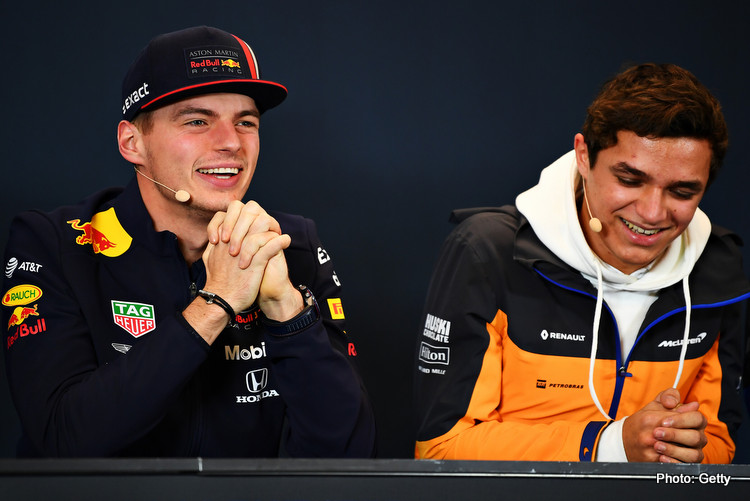 Lando Norris hopes Max Verstappen can advise him on how to beat 2021 McLaren teammate Daniel Ricciardo, as he has done with current partner Carlos Sainz.

Close friends outside Formula 1, Norris and Verstappen run in the same circles in the sim-racing community and have been virtual teammates on several occasions.

As Norris explains, it’s a relationship he leaned-on in his first year in the sport in 2019 racing against the Dutchman’s former Toro Rosso rival Sainz, and he expects the same with his new partner in 2021.

“Max gives me a lot of good tips, he knew a lot about Carlos,” he told Sky Sports F1 in an Instagram live session. “He knows a lot about Daniel. That’s part of it, you’ve got to get to know your teammates.

“As much as you want to get along, and sometimes they don’t, you want to know what their weaknesses are and their strengths are and so on. If anyone can tell me them then that’s a benefit.

“You want to have fun in F1 and that’s what I want to do, but at the same time you need to work well with your teammate and as a team, but your biggest competitor is also your teammate.

“It’s going to be tough and there’s going to be a lot of things I need to learn from Daniel, but whoever has tips on what makes Daniel angry, I’m sure Max will be the guy to ask.”

For his part, Norris trailed Sainz 49-96 across the 21 races run last season.