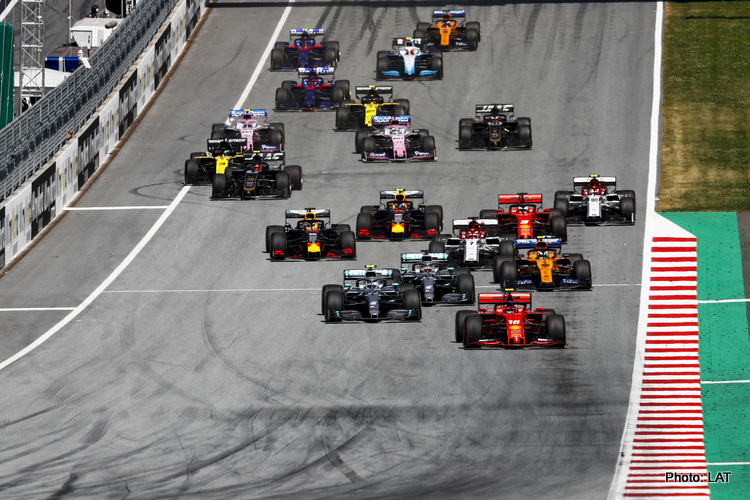 Further light has been shed on Formula 1’s plan to resume racing with the reveal of a tentative schedule for the first eight races of the 2020 season.

Per reports in the Spanish media, F1 will follow its already-announced season opening back-to-back in Austria with a further six races in Europe, meaning it will at least meet the minimum requirement for it to count as a championship season.

Additionally, F1 owners Liberty Media are eyeing at least two races in Asia and the Americas, before finishing the season in Abu Dhabi, although no date for the finale is set.

The full schedule for the European leg is believed to be as follows: