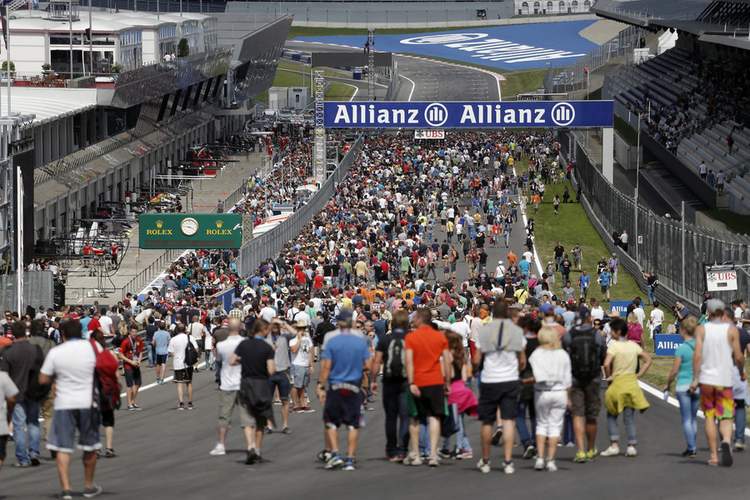 Now even though there haven’t been any races in Formula 1 championship this season, there were plenty of activities and developments which kept the fans attached to this sport during the COVID-19 pandemics.

After NASCAR started its virtual contests, which included the majority of drivers from the real competition, F1 also decided to follow the same path. We can say without any hesitation that the eNASCAR Pro Invitational Series made a boom in the auto-moto racing community and that we saw a lot of interest from all over the world. Even those who aren’t such huge fans of this sport were following the races.

FOX did an excellent job of covering the entire organization, and it really didn’t have any differences from the real race. The atmosphere and the overall experience was superb.

Formula 1 decided to take the same approach, and they also made some interesting “Grand Prix” events, which attracted a substantial number of viewers. If you too want to learn how to bet on virtual sports, just follow this link.

Still, even though the fans were satisfied with this, they can’t wait to see the start of the real thing. So far, there isn’t any timeframe on when we might see the kick-off of the caravan.

The next race should be in Austria on July 5, but the chances of seeing it are virtually nonexistent. But even so, the bookmakers keep the odds for that event.

Lewis Hamilton is the No.1 favorite to take the trophy at 28/15, followed by Max Verstappen at 9/4. Ferrari’s duo is behind them, Charles Leclerc at 7/1 and Sebastian Vettel at 5/1. Mercedes’s second driver, Valtteri Bottas, is 13/2, and Alexander Albon is far behind at 33/1.

When mentioning Ferrari, there was a massive fuzz regarding the recent development and the announcement that the Prancing Horse and Sebastian Vettel won’t be extending their partnership.

It was a bomb in the Formula 1, and it appears that the Italians wasted the best years of the German driver for nothing, not being able to develop a competitive vehicle, while on the other side, constantly asking for some high goals.

The new strategy will focus their future on Leclerc, who already had several disputes with the four-time champ last season. At the time, it wasn’t considered to be a major thing, but it is evident now that the team decided to stick with the younger driver, and move away from Seb during the 2018/19 campaign.

The bookies immediately reacted, giving better chances to Leclerc to win the driver’s title than to Vettel. Of course, the No.1 is still Hamilton, who is far ahead of the entire competition.

It is needless to say that the Silver Arrows are absolute favorites to win the constructors’ championship. They have been dominating in the previous six years, and are still untouchable for all other teams.

What could be working against Mercedes is the changed format when the campaign starts, and some unusual calendar. It would create a weird situation not just for them but for the entire caravan.

After all, big sensations are rare in situations when everything is ok.