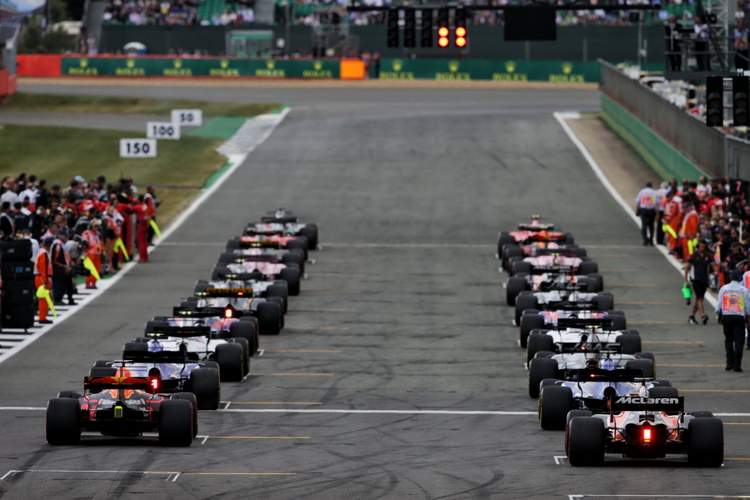 The British Grand Prix has been granted approval to proceed despite the UK’s recently-implemented quarantine restrictions, it was reported on Monday.

Following from the UK government’s announcement last week that all international arrivals from June 8th onwards would be required to self-isolate for 14 days after entry, reports indicated the race at Silverstone was in jeopardy as many Formula 1 personnel would be unable to comply.

However, The Times is now reporting that British Prime Minister Boris Johnson has intervened personally to ensure the race can go ahead.

Set to be reviewed every three weeks, it is expected the list of exemptions to the quarantine restrictions — which currently only includes essential workers — will expand to include people involved in international sporting competitions, such as F1.

Coupled with Silverstone’s announcement it is cancelling its annual Classic event, F1’s plan for consecutive races at Silverstone is back on track, with tentative dates of July 26 and August 2.

At the same time, Silverstone boss Stuart Pringle told Sky Sports F1 that there is “a degree of flexibility through August” should more time be required to prepare.

Additionally, the exemptions should assist in planning races outside the UK, first with the season-opening races in Austria on July 5 and 12, and then also with races being planned for Germany and Hungary.