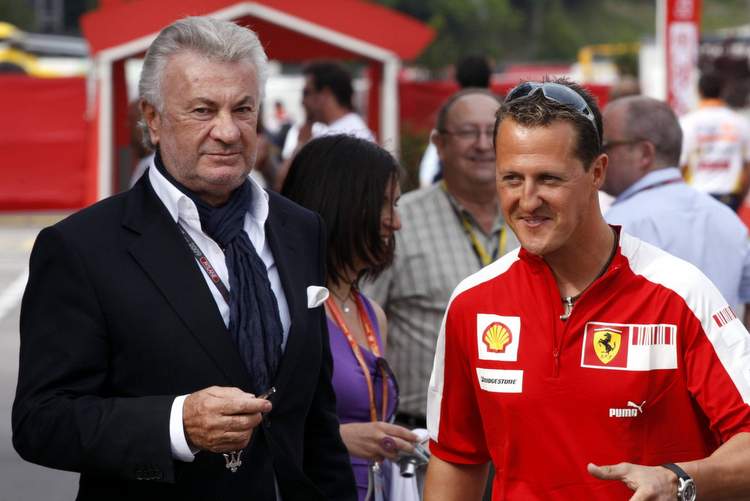 So, the driver’s musical chairs continue with speculation rife of where Vettel and others are going in 2021. Behind the headlines the driver’s managers work to get the best deal for their clients but who are these individuals?

Drivers are managed in several ways and the prize for the managers is their 20% cut of any deal struck. With drivers’ salaries estimated to be in the region of $185m in 2019 that equates to a $37m pot of gold.

The best-paid driver Lewis Hamilton has tried various management models starting with his father before famously sacking him and handling his own affairs for a year. Then in 2012 he signed up to XIX Entertainment who in turn employed the services of the experienced Didier Coton to assist in managing Hamilton.

Coton over the years has managed amongst others Mika Hakkinen. Within a year Hamilton had replaced Coton with driver manager Tom Shine.

By 2014 Hamilton terminated his contract with XIX Entertainment to effectively manage himself when it comes to negotiations with Mercedes and Toto Wolff, saving himself approximately $8m a year in management fees.

Coton is still heavily involved with driver management with his Aces Management company and is Valtteri Bottas’ manager with Toto Wolff originally involved as an investor in the Finn alongside Mika Hakkinen.

Wolff and Mercedes control the careers of some of the new kids on the block, with George Russell, Estaban Ocon, and Lando Norris all on their books.

Vettel has followed in Hamilton’s footsteps and it is widely acknowledged he manages his own contract negotiations — how successfully remains to be seen, given his current situation.

Charles Leclerc is managed by the All Road Management organisation run by Nicolas Todt, son of FIA president Jean Todt. All Road also manages Daniil Kyvat, amongst others.

Some of the drivers are managed in the main by their fathers, think Lance Stroll and Nicholas Latifi. Others like Max Verstappen and Carlos Sainz are co-managed by their fathers and a manager, Raymond Vermeuleno and Carlos Oñoro respectively.

Sergio Perez is managed by long term driver manager Julian Jakobi through his GP Sports agency, which he founded after a career with sports management giants IMG.

Kimi Raikkonen is managed by long term manager Steve Robertson who along with his late father David also managed Jenson Button. Kimi, even by his manager’s admission, looks after his own affairs these days and you can imagine his no-nonsense approach is a great negotiating tool.

Antonio Giovinazzi has chosen the path of teaming up with Enrico Zanarini, previous manager to first Eddie Irvine and latterly Giancarlo Fisichella.

Of course, it sometimes ends in tears with Kevin Magnussen learning the hard way after a judge in Denmark ruled that Magnussen’s former manager Dorte Riis Madsen must receive 20% of Magnussen’s income between September 1, 2015, and June 30, 2021.

Then we had the very public falling out of Daniel Ricciardo and his former manager Glenn Beavis when the two became embroiled in a lawsuit worth more than £10 million. They eventually reached an out-of-court settlement and Ricciardo is now managed by the CAA Sports agency.

It can also have a happy ending as in the case of Mark Webber who has been in a 23-year personal relationship with his manager Ann Neal.

Coming out of the shadows is one Fernando Alonso who is understood to have signed a pre-agreement to race for Renault next season. Press reports claim he is managed by long term manager Flavio Briatore, but Alonso has been managed by Luis Garcia Abad since 2010 — probably just Flavio being Flavio and enjoying the attention.

All the managers could learn a thing or two from arguably the greatest, Willi Weber, Michael Schumacher’s former manager. Weber also managed Michael’s brother Ralf during his F1 career, as well as Nico Hulkenberg.

Weber was particularly strong in negotiating not only the driver’s contracts but the lucrative commercial deals for sponsorship and merchandising.

One thing the current managers may choose to ignore is Weber took a 15% commission, not 20%!