Flat Spot: If an Alonso comeback is on the cards, burn them 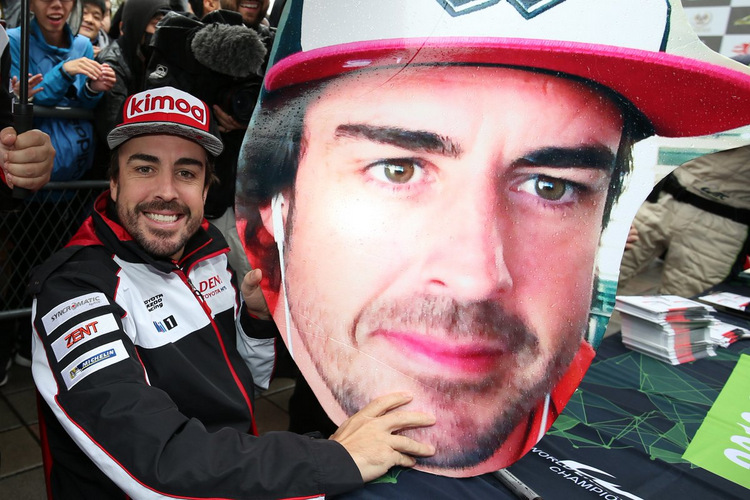 Fernando Alonso left Formula 1 at the end of 2018, but he never really retired from the sport. Instead, the Spaniard has been openly toying with the idea of returning one day. Sebastian Vettel leaving Ferrari set off a whole chain of reactions leading to a spot opening up at Renault, providing Alonso with possibly his best shot of finding his way back into F1. But he would make a mistake to go through with it.

While it would certainly make for a great story and might even improve viewership numbers, an Alonso return doesn’t make sense for several reasons, the first being his potential negative impact on teams. It would be unfair, of course, to claim that any outfit welcoming of the double world champion would suffer, but there is no denying the blemishes on his resume. After quickly rising to the top with Renault and bagging two championships, Alonso failed to ascend to the heights many in the paddock predicted him to reach.

The fierce Asturian driver not for a moment lost his fiery edge, but the very passion that drove him to the top similarly fueled his downfall. In Alonso’s strive for perfection, passion quickly turned into frustration as he found himself unable to challenge for titles. To make matters worse, Alonso had the misfortune of choosing all the right teams at the wrong times. With his luck, it’s a miracle he became a world champion at all.

What’s more is that Renault the automaker, like many other car manufacturers, is currently going through a difficult time due to the pandemic. According to several sources, the company is considering closing as many as three factories, making signing someone of Alonso’s calibre a potentially tough sell to the board. After all, getting a man with 32 Grand Prix victories under his belt on board would require a hefty sum of cash, especially considering the current state of the F1 team.

No, with Renault having already put their money on future star Esteban Ocon, who, after a sabbatical surely must be hungrier than ever before, the French outfit would be better off either promoting a young gun from within their own ranks, like a Guanyu Zhou, or bargaining a deal with a driver equipped with a few years of F1 experience, perhaps a Marcus Ericsson. Whether Renault decide to call up one of their juniors, politely ask Nico Hulkenberg to return or go in another direction entirely, all of it will be a better choice than to team up with Alonso.

There is no doubt that Alonso is extremely quick, but Renault currently need more than just speedy drivers. Sure, the Spaniard might very well drag Enstone’s contraption to the podium, but having him on the team might make life awfully difficult for Ocon. Not in the least because of his mental games, but also because of the way Alonso likes his car to be configured. Due to his distinct style of driving, Alonso might make life near-impossible for his teammate. This was proven as recently as the 2019 season, when a one-off test session in Bahrain resulted in McLaren’s worst result of the year.

Above all, Renault need stability to secure their future in Formula 1, which is something they are very unlikely to achieve with Alonso on board. While the man himself might claim to be at the highest level physically and mentally, the disruption that signing Alonso will cause, will end up doing more harm than it will help nudge the team in the right direction. Renault should, therefore, look past their short-term ambitions in order to truly establish themselves in F1 as a competitive force, if they truly are considering giving the 38-year-old veteran a contract.