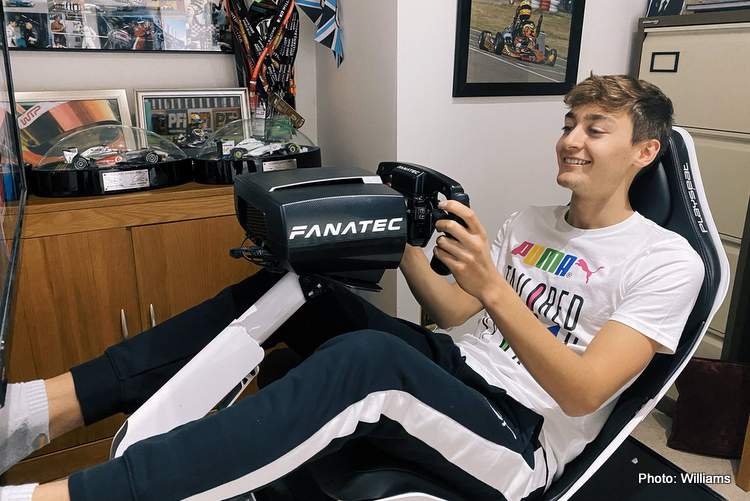 George Russell took a runaway win for Williams in Formula 1’s virtual Monaco Grand Prix on Sunday, the day the cancelled showcase race should have taken place in real life.

Mercedes reserve Esteban Gutierrez finished 39 seconds behind with local hero Charles Leclerc third for Ferrari in a home race in every sense given that he was competing from his Monaco apartment on a simulator.

It was Russell’s second successive win in a series of virtual races pitting regular F1 drivers against celebrities and aimed at providing entertainment in a season yet to start due to the COVID-19 pandemic.

It’s his second #VirtualGP victory, and there’s no place sweeter to do it than Monaco 🍾#F1 #RaceAtHome pic.twitter.com/r4ZgbgdmR3

The race, after a wet qualifying, would have wiped out the field in real life with cars banging and barging their way around the simulated version of the familiar track while suffering no damage.

There were no safety cars deployed, no costly bungled pitstops and plenty of improbable overtakes on a circuit notorious for the difficulty of passing.

The race was also littered with penalties and Italian former F1 racer Vitantonio Liuzzi was disqualified for getting too many.

Arsenal striker Pierre-Emerick Aubameyang, whose car collection includes a couple of Lamborghinis and a Ferrari LaFerrari, made his debut for McLaren and finished 16th — three places behind Real Madrid goalkeeper Thibaut Courtois.

Leclerc earlier sped for real around the closed and empty streets at up to 240kph in a Ferrari SF90 Stradale sportscar as protagonist of a short film, ‘Le Grand Rendez-Vous’, by French director Claude Lelouch.

The film, shot just after dawn, premieres on June 13.

The title alludes to Lelouch’s 1976 film ‘C’etait un rendez-vous’ — an illicit high-speed drive through Paris in the early hours to meet a woman on the steps to Montmartre’s Sacre Coeur basilica. 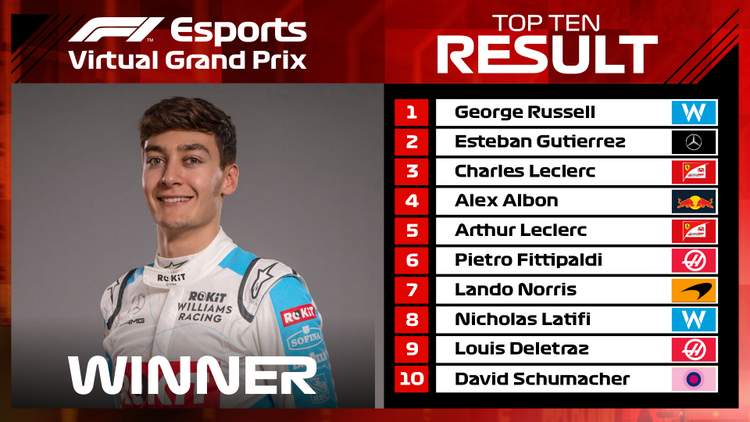