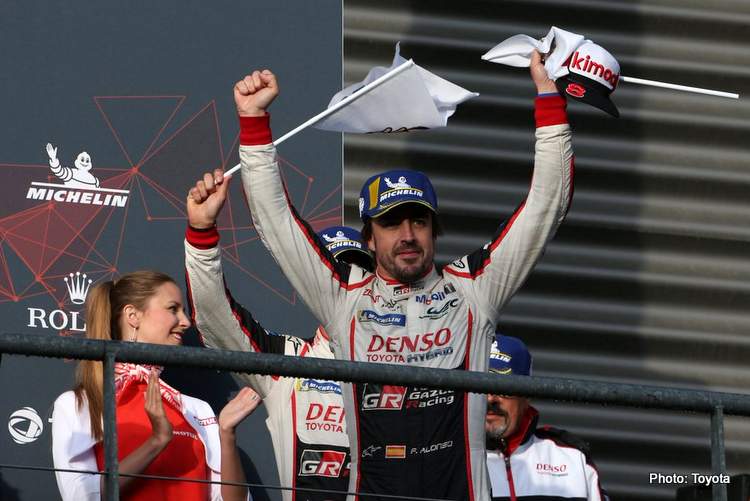 Fernando Alonso won at Indianapolis, in the virtual world at least, on Saturday in a field featuring 80-year-old U.S. great Mario Andretti and a cast of Indy 500 winners and Formula 1 champions.

The Spaniard, who will return to the Indianapolis oval for real in August to try to win the 500 and become only the second driver to seal the ‘Triple Crown of Motorsport’, beat Jenson Button by 0.037 seconds.

The two times Le Mans 24 Hours winner, who has a Monaco Grand Prix victory and two F1 titles on his resume, also took the later reverse grid race from 21st on the grid.

Andretti, making his esports debut in the Legends Trophy organised by Torque Esports and www.the-race.com, fell a lap behind in an early incident after qualifying 19th of 26 in the first race.

“Obviously it seemed like I was part of every situation that was happening out there but other than that I thoroughly enjoyed it.

“It was not natural,” he said of simulated racing around The Brickyard. “It’s so different… you drive it differently, obviously. The lines are a little different.

“You have to understand just what that rig wants, what the sim likes, how aggressive you can get and all of that. There’s a definite learning curve, no question about it.”

The Indianapolis 500, crown jewel of American open-wheel racing, was scheduled for Sunday but was postponed to Aug. 23 because of the COVID-19 pandemic.