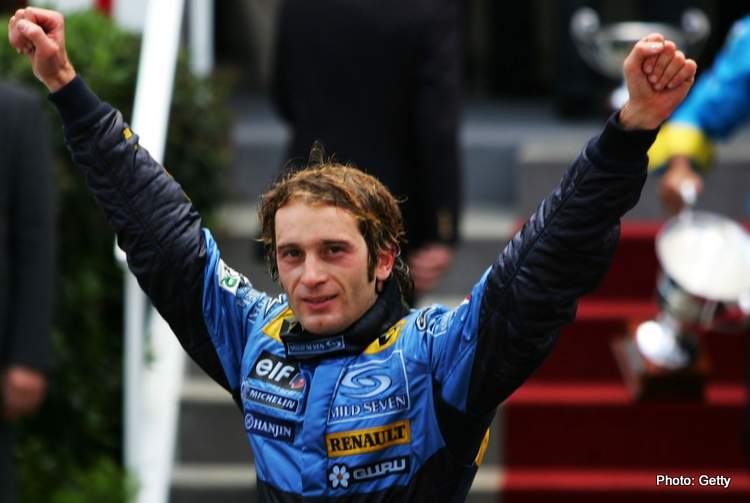 There were four grands prix on 23 May over the years, all of them in Monaco and most of them with surprising and even shocking results…

Jackie Stewart overcame car sickness, Ronnie Peterson’s March Cosworth and Jacky Ickx in a Ferrari to win the Formula 1’s 200th Grand Prix, his second of three wins in the principality, for Tyrrell in 1971.

Riccardo Patrese won a dramatic 1982 Monaco GP for Brabham Cosworth. Alain Prost had been in a comfortable lead when he crashed out as it started to rain with three laps left to race, leaving Patrese in the lead, but he too spun and stalled a lap later.

That handed the lead to Didier Pironi’s Ferrari, which ran out of fuel on the final lap, while second-placed Andrea de Cesaris’ Alfa Romeo also ran dry before he could even get to pass Pironi, and Derek Daly’s Williams gearbox seized up before he could pass de Cesaris!

Ayrton Senna took a record sixth overall and record fifth consecutive wins at a particular Grand Prix at Monaco for McLaren Cosworth in 1993. He beat Williams-Renault driver Damon Hill, whose father Graham had set the previous 5 Monaco win mark in 1969. Jean Alesi was third in a Ferrari.

And while most shock Monaco winners have benefited the misfortune of others, it was a very different story when Jarno Trulli took his only ever F1 win on the Monte Carlo streets in 2004. Trulli was speechless after starting from pole and leading from lights to flag to win from Jenson Button’s BAR-Honda and Rubens Barrichello to end Michael Schumacher’s five-race 2005 winning streak

Notable racing on this day, however, went back to the 1922 Coppa Nissena in Italy, won by Luigi Lopez’ Itala, while today was a good day for Gastone Brilli-Peri who won both the 1925 Coppa della Perugina and the ’26, Circuito del Savio, in his Ballot Indy. Giuseppe Campari’s Alfa-Romeo 8C-2300 took the 1931 Gran Premio d’Italia e Europa on the same day that Arthur Legat won the GP des Frontières in a Bugatti T37A

More recently, home hero John Love won the 1965 Bulawayo 100 South African F1 Championship round in his Cooper Coventry-Climax and moving over to sports cars on that day Ludovico Scarfiotti and John Surtees won the Nurburgring 1000 in a Ferrari 330P2. Jacky Ickx and Jochen Mass meanwhile drove their Porsche 936 to 1976 Imola 500 victory

Moving over the pond, Al Unser Jr’s Frisbee GR3-Chevrolet to win the ’82 Road Atlanta Can-Am and in IMSA, Or Costanzo and Dave Heinz won Charlotte ’71 in their Corvette and John Fitzpatrick Mid-Ohio ‘82 in a Porsche 935, while Max Papis and Scott Pruett’s Ganassi Riley & Scott Lexus took Grand Am honours at Mont Tremblant 2004. Tommi Makinen’s Mitsubishi Lancer Evo V won the only World Rally on this day in Argentina ‘98

On the day that sportscar legend and F1 driver Gerard Larrousse, Laurent Aiello, Bryan Herta and F1 star Rubens Barrichello were born, Fritz von Opel drove his rocket-powered Opel RAK2 to 220 km/h in 1928 and Don Prudhomme made the first-ever 250mph NHRA Funny Car quarter-mile pass at Baton Rouge in 1982. Robert Vidal died on this day after crashing his Bugatti in the 1931 GP des Frontières