Silverstone: Logistics key to getting this F1 championship underway 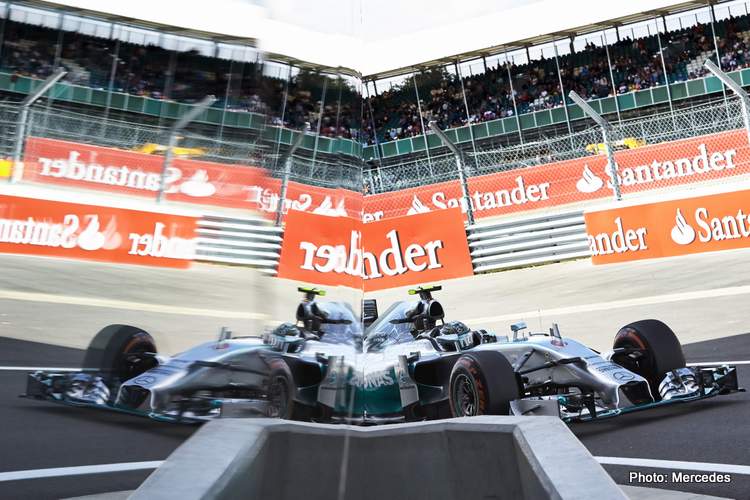 Formula 1 remains hopeful about the chances of racing at Britain’s Silverstone circuit in July and August despite quarantine measures confirmed on Friday.

Interior Minister Priti Patel said a 14-day quarantine will be introduced from June 8 for travellers arriving from abroad to guard against a resurgence of the COVID-19 pandemic.

No exemptions for sport were mentioned, with soccer clubs competing in Europe also potentially affected, but a Formula 1 spokesman and Silverstone manager Stuart Pringle said talks were continuing.

“We have been working closely with government on the implications of the policy for Formula 1 and Silverstone,” said the spokesman. “Those discussions are ongoing at this time with the aim of finding a solution with safety as our first priority.”

Pringle told Sky Sports television that he was hopeful of a solution, “I am very clear that the importance of the industry is understood by government.”

“So I remain optimistic that a sensible and pragmatic solution, which puts the onus on the sport quite rightly to come up with the right solution, can be found.”

Formula 1’s season has yet to start, with three races cancelled — including the showcase Monaco Grand Prix that would have been held this weekend — and seven others postponed.

The sport hopes to get going in Austria in carefully controlled conditions, and using charter flights, with back to back races on July 5 and 12 before two more at Silverstone likely on July 26 and Aug. 2.

While seven of the 10 teams are based in Britain, a two-week quarantine would pose problems for Italy-based Ferrari and AlphaTauri as well as Alfa Romeo, whose team operate out of Switzerland.

Quarantine would also make it hard for teams to come and go on a tight schedule.

Pringle said Silverstone, a home race for Mercedes’ six times world champion Lewis Hamilton and this year celebrating the 70th anniversary of hosting the first world championship race, had flexibility but Formula One needed to be sure of movement.

“We can accommodate later dates in August if required, possibly even into September conceptually,” he said, “But it’s not so much about what we can accommodate…it’s can the championship piece together a calendar that allows them to go from country to country?

“And can they have the confidence to commit to that in a timescale that allows the freighting plan to come together because it’s the logistics that are the key to getting this championship underway.”

Meanwhile, Hockenheim have been lobbying F1 to be considered as an alternative venue for behind-closed-doors races should the Silverstone plan not work out.