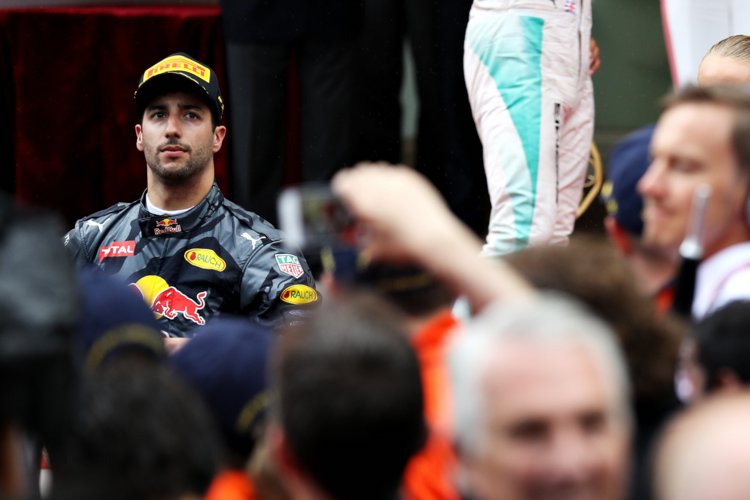 Daniel Ricciardo has opened-up on the emotional turmoil he endured in the wake of his disastrous 2016 Monaco Grand Prix, revealing the memory haunted him for a further two years.

One of the more cruel twists of fate in recent Formula 1 memory, the Australian was comfortably leading the race from pole when he was called into pit on lap 32.

Pulling into the Red Bull pit box, he was met by a gaggle of bewildered mechanics who had not been supplied any tyres to fit to his car. The subsequent delay essentially cost him the victory.

“Even four years on, I remember this day in so much detail, it’s like a video in my mind,” Ricciardo wrote in a diary entry published on his social media.

“I can picture myself driving through the corner before the tunnel after THAT pit stop and I was so angry.

“I didn’t want to talk to anyone afterwards, I certainly didn’t want any sympathy… it was just pure rage.

“I remember standing on the podium with Lewis, he’d won a race that I had under control… I just didn’t want to be there.”

It wasn’t until 2018 that the Australian would get redemption, winning in the principality despite the loss of two gears and an MGU-K failure.

“I’m not going to lie, Monaco 2016 haunted me for two years, and then to not put a foot wrong in 2018 and thinking the win would slip away from me again…

“Monaco 2018 was a different level of stress simply because of what had happened there in ’16. The main feeling was sheer relief that this time I didn’t have it taken away from me.

“I enjoyed it more the days after the Sunday when it all sunk in, but that Sunday night – I was just burned out. It was more a massive exhale than anything else.”

And yet despite the mixed memories, Ricciardo maintains Monaco is his favourite track on the F1 calendar.

“No secret Monaco is my place and gets me going more than anything. But right now? I’d take anything! The next race, wherever and whenever that is… hopefully that’s not too far away.”