Russell: Lewis gave me advice, I hope I can make him regret it 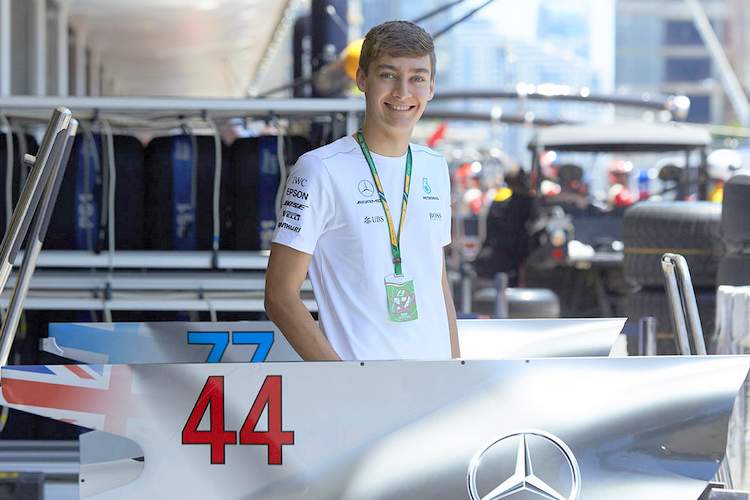 Williams driver George Russell has revealed the advice Lewis Hamilton gave him when he was still racing in Formula 2, and his hope that he can use it against the six-time Formula 1 world champion one day.

The 2017 GP3 and 2018 Formula 2 champion, Russell was asked in a fan Q&A with Sky Sports if any F1 drivers had previously given him advice.

“I actually had a little advice from Lewis about two years ago when I was racing in F2,” said Russell. “”It was mainly about the tyres, and how to try and get more out of them.

“I’d say that was a little thing that helped me find that little bit extra, what I was just missing at the start of my F2 career.

“That’s actually pushed forward into F1 as well and has benefited me as I moved into F1.

“That little piece of information triggered something in my mind and I think a lot about it and how I can get even more out of it.”

A Mercedes junior who many expect to move-up to the senior team at some point, Russell joked that he hoped he could use it when racing against Hamilton in the near future.

“I hope I can make him regret giving me that advice one day!”

Currently neither Hamilton nor his teammate Valtteri Bottas are under contract beyond the 2020, while Mercedes boss Toto Wolff has suggested Russell would be first in line for a seats, should either not re-sign.