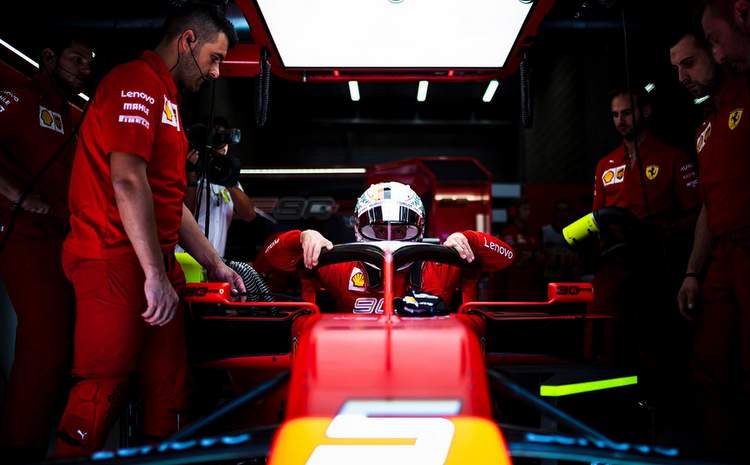 OK so here’s a thing. Sebastian Vettel is spent – the four-times Formula 1 world champion spawned by Ferrari for a pair of unproven proper Charlies now has nowhere to go, nowhere to hide.

Well that’s what this news-starved fake news-proficient race media now has us all thinking. But it also seems that Seb is hiding pretty well — in fact we have not seen very much of the man at all since his famous dismissal. Which has Red Mist thinking — have we perhaps not yet seen a vital piece of the puzzle…?

Every man and his dog has had a chirp, never mind fake news has never had it so good. But from this fifty-year tifosi’s point of view, something seems odd. It is not normal for Ferrari to not have a real racing legend aboard — I mean when was the last time you remember Ferrari with a driver line-up with less than fifteen years experience, never mind ten race or fifty race wins and a world title or six between them, under the belt …?

Back to the point — ’they’ say that Red Bull says Seb’s return is highly unlikely; that the Merc speculation is fake, ‘they’ also say that Alonso is going back to Renault and we know that Danny Ric is all signed up for McLaren Mercedes, and that Carlos and Charles are next year’s Red Ants. So there’s nowhere for Seb to go, right?

But why is Seb so quiet? And why do we hear nothing at all of Alfa Romeo? I won’t expand much more on that — rather leave it to your own imagination.

But what I will add, is if you had Seb and Kimi together down pit lane in a couple of ’21 Ferraris with a bit of extra white paint on, would that be a bad idea? I mean we already have a Pink Mercedes, so what’s wrong with a pair of Pale Ferraris with two of the best, most experienced drivers on earth driving them?

If I was running Alfa marketing, I’d have the deal done already — it’d just be a matter of shipping those new chassis to Hinwil at the end of the year…