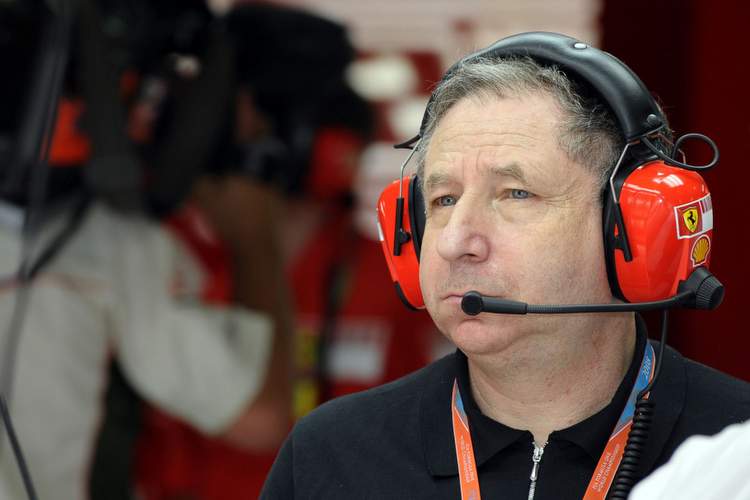 FIA president Jean Todt has stated he is not concerned about the possibility of Ferrari using its veto to stop Formula 1’s plans for a further reduction on the 2021 budget cap, suggesting they will act in the best interests of the sport.

Set to be introduced next year at a figure of $145 million, F1’s plan calls for the number to be lowered to $140m in 2022 before dropping to $135m for 2023 and beyond, something the Scuderia has been vocally opposed to.

As such it has been speculated the Scuderia might use its unique veto power to kill the proposal, particularly as the FIA’s introduction of a ‘safeguard clause’ means it is likely to pass with a simple majority approval.

However, Todt thinks the team he spent the better part of two decades working for will ultimately make the right decision.

“I don’t have any fears on that,” he said to Sky Sports F1 of Ferrari’s veto. “I hope that everybody will have the good sense of responsibility in the present situation to help us to achieve what is needed for the best of Formula 1, the competitors, the promoters and the governing body, the fan.

Citing the potential loss of jobs under the cap reduction, Ferrari, whose current yearly budget is more than double even the original, pre-coronavirus cap figure of $175m, are believed to want to keep the number as high as possible, or at least earn additional compensation for their role as a part supplier to other teams.

At the same time, Todt insists the current situation has precipitated a change in thinking for everyone.

“What we are going to present for the future is going in the right direction,” said Todt. “Clearly, we are going through an unprecedented economic situation and that it is why there is an opportunity to take a direction we would not have taken.

“I really hope that everybody will be able to stay on board and in that sense the purpose of the new global regulations is to give as much chance for all the competitors to remain in the sport in the future.

“It will be the post-COVID-19 situation, where it will have hurt and damaged a lot of manufacturers, competitors, private teams sporting federations, sponsors and media so we will need to see how we can all work together to be as supportive as possible towards each other. That will be the next step.”