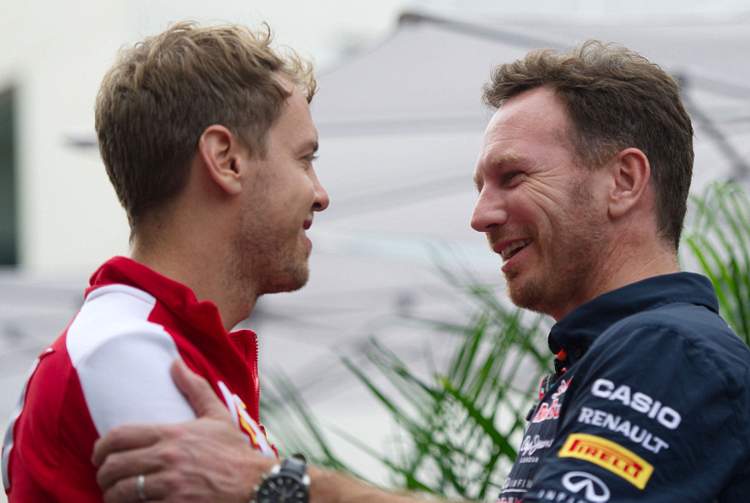 Red Bull boss Christian Horner has all-but ruled-out Sebastian Vettel joining his team in 2021, suggesting he would not want to change the current driver dynamic.

One of several landing spots mooted for the German after it was announced last week he was parting ways with Ferrari at the end of the season, Vettel won four-consecutive championships with the energy drinks outfit from 2010-2013.

However Horner, who already has a star driver in Max Verstappen and a capable wingman across from him in Alexander Albon, doesn’t see how Vettel could return.

“I think it’s enormously unlikely,” he told Sky Sports. “We have a long-term agreement with Max. Alex is doing a good job. We’ve got a good dynamic within the team.

“Experience shows that two alpha males, it doesn’t tend to pan out well. Sebastian is still a very competitive grand prix driver. I don’t think it would be conducive for our team to have two alphas.

“We’re happy with the driver line-up we have. I’m sure he’s not short of options moving forward, but he’s chosen that it hasn’t worked out for him at Ferrari.”

The second ‘knock-back’ Vettel has experienced this week, Mercedes boss Toto Wolff said on Sunday that he wasn’t prioritising Vettel for one of his open seats in 2021 either, seemingly leaving the German with the choice to either move further down the grid or retire.

“That ultimately is his choice,” Horner said.

“That’s entirely down to him, and nobody will know that apart from Sebastian what his choices are.

“Whether he chooses to continue or not, he’s achieved a huge amount during his time in F1. Four world championships, he’s one of the most successful drivers of all-time.”