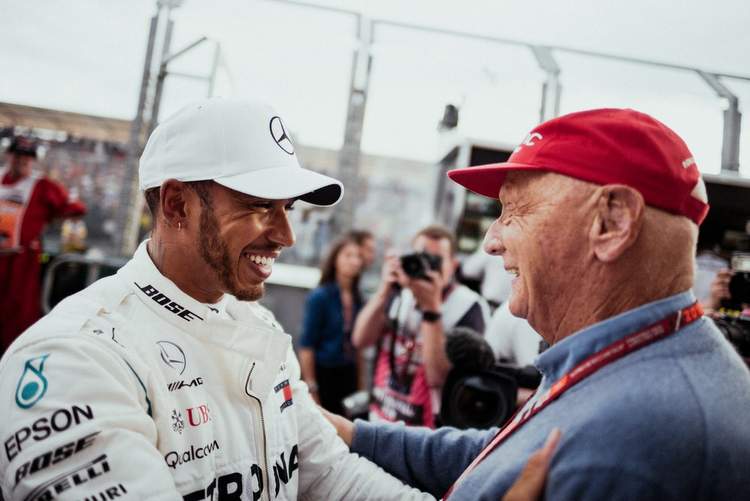 Lewis Hamilton and the Mercedes AMG Petronas Formula 1 team have paid tribute to the late Niki Lauda, who passed away one year ago today at the age of 70.

A three-time F1 world champion, Lauda became non-executive chairman of the Silver Arrows in 2012, and was a guiding presence for a team that has now won six consecutive constructor’s and driver’s doubles.

Releasing a video to mark the occasion, Mercedes had Hamilton, Valtteri Bottas, Toto Wolff, James Allison and Andy Cowell all reflect on what Lauda meant to them.

Branding Lauda “a natural born racer”, Hamilton described how the Austrian convinced him to come to the team in 2013 and remained a steadfast friend through the following years.

“We started talking some time in 2012 and I just remember being home during the day, having a call from Niki and he is trying to convince me to come to the team,” the Briton said. “It was very cool to have a call from a world champion and an icon like Niki.”

“He was such a positive, funny, entertaining guy, he always had the greatest stories to tell. He was a natural born racer. He was always thinking about how we can improve. The greatest sign from Niki was if you did the job, he would take off his hat. That was for him saying: ‘Well done!’

“We would talk often after the races and he would be asking things like: ‘Hey, Lewis, what do you need to be better? What do you need?’ He was always chasing.

“I am grateful for the opportunity and forever love Niki. I know he is with us every race in spirit.”

For the full nine-minute tribute, check-out the video below: