Hamilton: I’m trying to find the next level 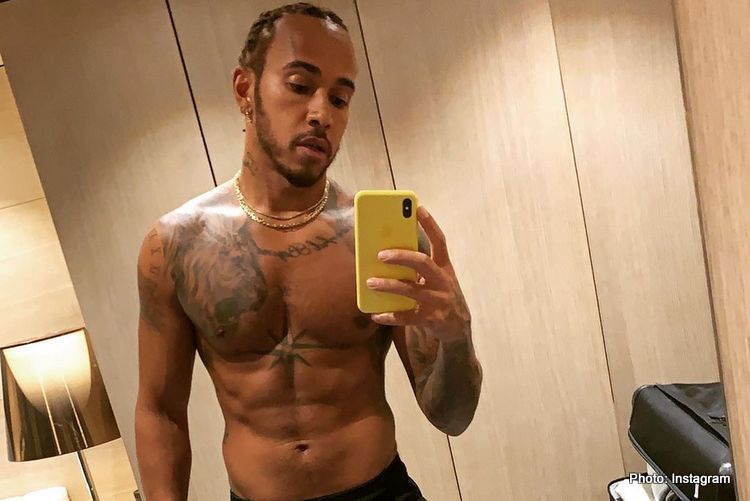 Six-time Formula 1 world champion Lewis Hamilton has revealed how he is using the sport’s hiatus to refine his physical conditioning, saying he feels “fresher and healthier” than he’s ever been.

Now in his 14th year in F1, Hamilton has long taken great care with his body, but suggested the extended break has given him an opportunity to improve in ways he normally would not be able to.

“Having this time gives you more time to focus on… areas of weakness,” he explained in a video on Mercedes’ YouTube channel. “So there’s tedious things like calf muscles and doing calf exercises, which is not exciting. Glute exercises, which again is quite boring, but all really important.

“There’s strengths and weaknesses on all of our bodies and when you go to a gym, often you work the big muscles but not the small ones in between, and so I’m really trying to get in deep and really trying to refine my body and try and find the next level – how can I be fitter than I was?”

“At the start of the season, I was feeling great, and it’s crazy because obviously it’s a shame we didn’t get to start, but this has been a real decent time to be able to focus on trying to improving other areas.”

“There have been times, probably in the past five years or so, that I’d thought to myself: ‘It would be good for my body and mind to take a rest for a year.’ But you can’t step away. I don’t think that, for an athlete that’s in their prime, it’s ever a good thing to step away for a year and then come back. Technology moves so fast and at such a rate. For me to stay on top of this car and its development, to take a sabbatical is just not on the cards.

“But we’ve been handed almost a part-sabbatical, which I’m enjoying. I feel fresher and healthier than I’ve ever been. The struggle is, for everyone I think, just keeping the mind clear. Some days you’re sluggish, other days you’re positive, but I think that’s really the key… trying to remain centred, find things that you enjoy doing, that you perhaps didn’t have time to do in the past. Don’t waste this time – I think that’s the really important thing.”

And yet, as much as Hamilton feels he has benefited from the time away from the car, he would still prefer to be racing.

“I’ve not really had, and I don’t think any of us have had, enough time to really, truly unleash the potential of our cars so I’m excited to get back in,” he said.

“I really, really do miss it. As I said, this has been almost a blessing on one side because it gives you even more appreciation for the things that you love and the things that you do, and this has given me more energy and inspiration and determination to keep delivering and keep working with this great team, so I’m excited for the future.”