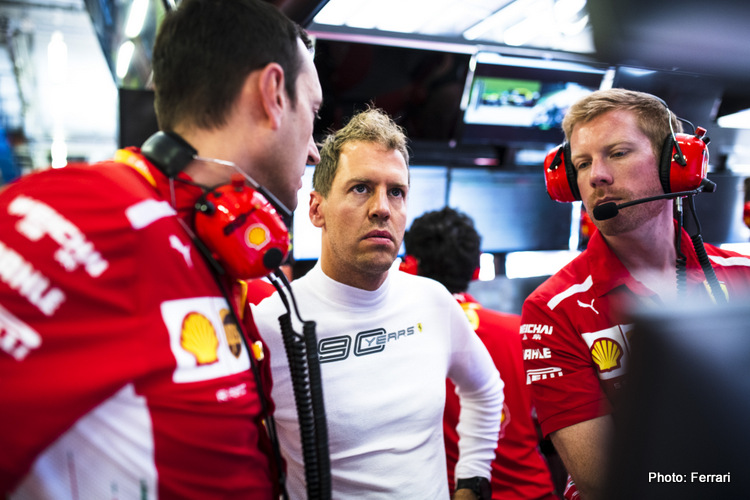 Ferrari’s decision to part ways with Sebastian Vettel is nothing short of “madness” if they did in fact force him out, says 2009 Formula 1 world champion Jenson Button.

The Scuderia said last week that four-times world champion Vettel would leave them at the end of the 2020 season, after talks on a new contract ended without a deal.

They then replaced the German with Spaniard Carlos Sainz to race alongside Charles Leclerc.

German media had reported that Vettel, who won 14 races with Ferrari and is their third-most successful driver, had rejected a one-year extension with a reduced salary but the 32-year-old said financial matters played no part in the joint decision.

“If he was pushed, for me it’s madness,” Button, the 2009 world champion, told Sky Sports.

“He showed his speed last year. He had a tough moment in the season when Charles was performing really well and that hurt him a bit mentally. But he came back strong … he’s somebody you’d definitely choose to put in your car if you had an F1 team.

“There must be more to it. I don’t know if Ferrari are going down the route of not wanting two number one drivers or what but it’s a really strange choice for me and I’m still shocked that Sebastian (won’t be) in a red car.”