Flat Spot: Sainz vs Ricciardo, and why timing is essential 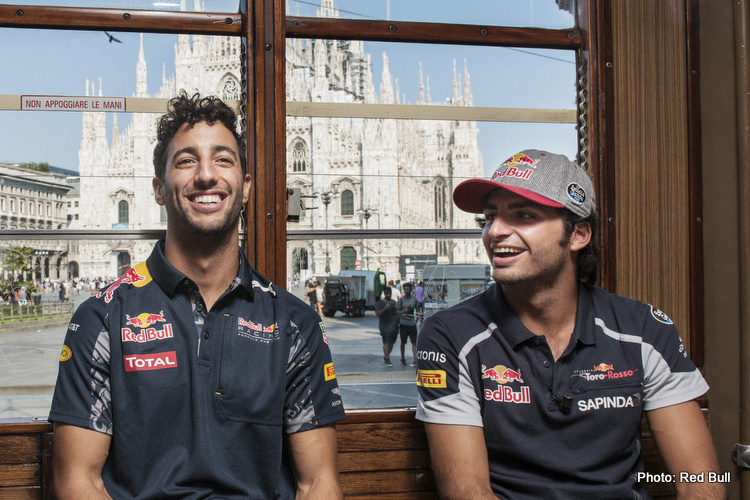 In this extended period of relatively bland news items and sim racing shenanigans, Formula 1 has finally gotten a proper shaking up again, thanks to Sebastian Vettel. The four-time world champion announced his split with Ferrari early last week, thereby starting something of a domino-effect resulting in the moves of Carlos Sainz and Daniel Ricciardo. While Sainz crowned himself king of musical chairs with his promotion to Ferrari, Ricciardo got caught out.

Although Daniel Ricciardo must feel an enormous sense of relief after jumping ship and leaving Renault, the Australian Grand Prix winner will be scratching his head in confusion after ultimately missing out on the Ferrari seat, instead having to sign on at McLaren to join the Woking squad. Seeing not himself but Carlos Sainz make the move to Maranello, the no. 3 driver must now surely realise it all could have been his, would he have had a little bit more patience.

Disastrously, though, Ricciardo had long been handicapped by the urge to secure a title-challenging drive. Randomly pick an interview from the past three-or-so years, and the future McLaren-driver can be found mentioning a clock ticking down on his time in F1.

It was evident that Ricciardo was hungry for success, but it was the very same hunger that got the better of him and ended up hindering his career. Instead of calmly weighing his options, the seven-time victor went all-in on a deal with Renault, whereto he’d been lured with false promises of success and large sums of money.

As has been proven many times in the history of Formula 1, though, patience and timing especially are the name of the game. Most of the greatest drivers to ever race in F1 are only regarded as such thanks to fantastic career decisions at critical moments. Such decisions are what eventually separate a Schumacher from an Alesi, or even a Hamilton from an Alonso. Ultimate glory is determined as much on the track as it is decided off of it, and it is Ricciardo’s judgement that could transform him from a mere race winner into a world champion.

Unfortunately, it will probably be a while before we see Danny Ric in a position where he can put up a genuine title fight. Hell, it might never happen. Setting himself back to a midfield outfit with, as it turns out, little shot of making it to the top, the Australian might well have spoiled his chances of ever becoming a world champion. Especially now that Formula 1 is evermore becoming a sport that is well and truly being run by youngsters.

As the prolific American television commentator and writer Andy Rooney supposedly once stated: ‘Opportunities are never lost; someone will take the ones you miss’. Sainz, without a doubt, was that someone. With time on his side, the Spaniard was diligently plotting revenge on his former employer as if it was a game of chess. The Sainz camp did exactly what Ricciardo should have done all along.

Having felt stuck in the Red Bull program, the now one-time podium finisher decided to pressure Helmut Marko into dropping him from the program, thereafter securing a transfer to Renault at a time when the team was on top of the B-Class. Lacklustre performances saw Sainz fall even further down the order, though, revealing Red Bull might have unintentionally made the right decision after all.

But then, after joining Renault customer McLaren for the 2019 season, the Spanish driver heroically overcame adversity to make a complete turnaround. The Madrilenian beat-out both Pierre Gasly and Alexander Albon to come in sixth in the championship, carrying McLaren to a dominant fourth place in the constructor’s standings, thereby rapidly reversing his reputation. In little under a year, Sainz went from being regarded as a failed Red Bull prospect to King Carlos: one of the quickest, craftiest and most reliable drivers on the grid.

With the benefit of hindsight, it’s easy to point the finger at Daniel and say this is all his own doing, but it’s unfair to judge him on his decision-making. After all, he’s an intelligent guy who simply lacked the undying support that some of his peers enjoyed. Ricciardo gambled, and he lost. But make no mistake: he’s still playing. After he’s finished his stint at Renault, I’m sure he’ll push with every fibre in his being to succeed in Formula 1. And with McLaren on the rise again, who knows what the future holds for Daniel Ricciardo?