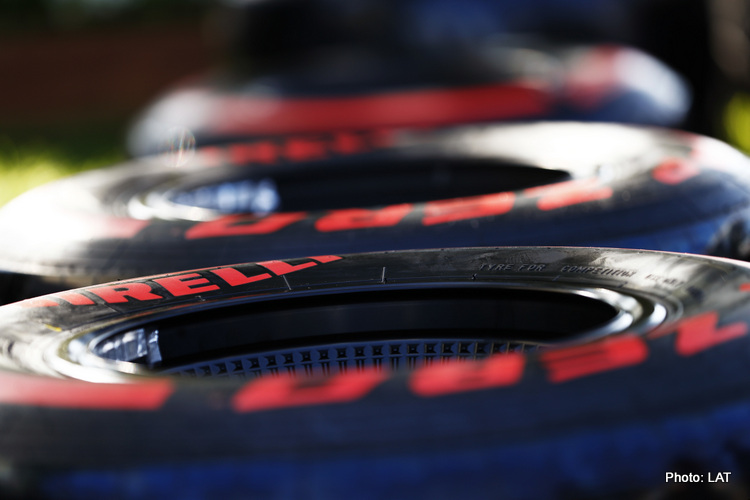 Formula 1 teams could lose the ability to choose their 13-set tyre allocation for races in 2020 in order to streamline production, says Pirelli boss Mario Isola.

Under normal circumstances, F1 teams are allowed to choose their own allocations from a selection of three compounds available for each race.

However with F1 intending to run the season at a breakneck pace in order to fit as many races as possible into the coronavirus-affected 2020 calendar, Isola revealed that teams might have to forego tthat privilege.

“If we have the first part of the season in Europe and then we move to Asia, and America, in a very short period, it means that for production, it will be quite a busy period,” he explained to Autosport.

“We probably have to produce something in the region of roughly 35,000 tyres in probably a couple of months, not in one year. You can imagine the impact on production. That is quite big.

“We are having discussions with the teams. And I have to say that they are quite flexible in order to find sensible solutions like, for example, a standard allocation or some flexibility in this respect to be ready to supply in a very short period of time.”

And while such a measure could theoretically deprive teams of a strategic element they can use to one-up their rivals, Isola doesn’t believe it will make too much of a difference in reality.

“I don’t think that the standard allocation is freezing any different strategy, because you know that with the current system, we have some sets that have to be returned after each free practice and so on.

“We are not saying that each team has to return the same number of tyres or same type of tyres and so on.

“They will have the same allocation at the beginning of the event, but then they can end up with a different allocation for qualifying and the race. That is what happens today.

“If I look at the last year, we had teams are choosing different sets of tyres, different compounds, but then they converge for qualifying and the race to have more or less the same allocation. I don’t think there is a real issue with that.”

In any case, the measure can only be enacted with a change to the 2020 sporting regulations, although with the FIA’s new “safeguard clause”, it will only require a majority of teams’ approval.