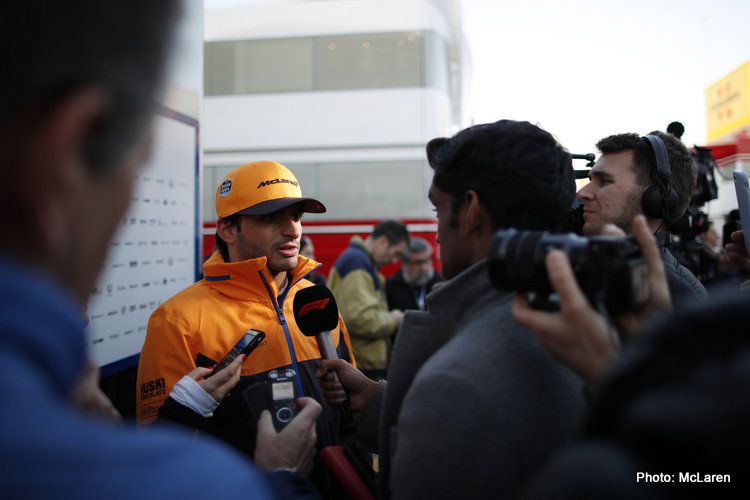 Carlos Sainz must be willing to toe the company line while he integrates himself into the Ferrari setup, says former Scuderia chief mechanic and Benetton team manager Joan Villadelprat.

Villadelprat, who oversaw Michael Schumacher’s championship-winning years in 1994 and ’95, believes that while his young compatriot has the potential to be a world champion, he must first play the political game at Maranello before he can make that a reality.

“For the Italians, the ‘tifosi’, [Charles] Leclerc is the number one at the moment, of course, because he has overtaken a four-time champion. This means that Carlos is going to have to work very hard, he’s going to have to be very serious,” he explained to El Confidencial.

“We have already seen Carlos’ skills: he is fast, consistent, doesn’t make mistakes, is good at starts and a hammer at races. Now he will have to do all this and more.

“Besides, he’ll have to adapt to a totally different structure from the one he’s used to. Ferrari is a lot of Ferrari, it’s a place where you can win glory or it can be a graveyard of the number two: the Barrichellos, the Irvines… people who came, stayed second and then disappeared.

“Now he has a unique opportunity, which he has to know how to take advantage of very well, without doing anything foolish. And always keeping his mouth shut, this is something very important, to be loyal to the company.

“This is a very important value for them. Vettel’s last moments have not been too good because he has gone off the rails a bit with the German press and it also happened with Fernando and Prost. The big boys have lost out because of this.”

Bearing that in mind, Villadelprat advises Sainz to focus on himself while taking a back-seat to Leclerc for at least the first year of his two-year contract.

“If in the first year he accepts the position of number two, it seems right to me, that doesn’t mean he can’t win races or titles. And if he is as competitive as Leclerc, he is free to race in the second year.

“What I would recommend is that you do the job you know how to do, stand on your own two feet, work, empathise, help yourself with Leclerc and, in due course, show him that you are as strong or stronger than he is.”

Fortunately for Sainz, Villadelprat believes he has the necessary mental strength to navigate the situation.

“To wear that red jumpsuit, you need a person with a great mind. Aside from emotional skills, you need to have a great mind to keep from getting lost. And this, Carlos has,” he said.