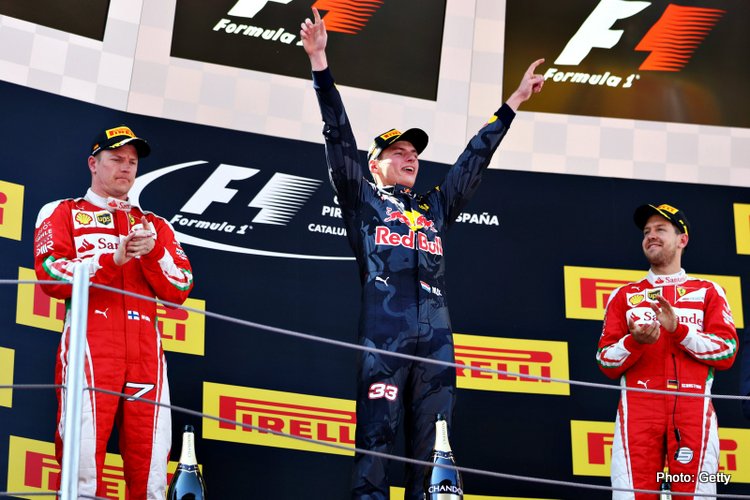 In a full day of Formula 1 history and not much else, there were a good few memorable Grands Prix on this day.

Keke Rosberg and his Williams-Cosworth’s 1983 Monaco Grand Prix win amid a podium of champions with Nelson Piquet’s Brabham-BMW second and Alain Prost third in a Renault,
was made far more significant when his son Nico repeated the feat 30 years down the line.

Prost’s ’88 Monaco win for McLaren Honda will be remembered more for his teammate Ayrton Senna so spectacularly crashing out of the lead with the race win all but in hand. That put Ferrari drivers Gerhard Berger and Michele Alboreto on a unlikely double podium in second and third behind Prost.

It was a far simpler affair for Michael Schumacher, who cruised to his fourth win in four races in his Benetton Cosworth from Martin Brundle a McLaren-Peugeot and Berger once again in a Ferrari at Monaco ’94, sadly in the first race after Senna’s untimely death at Imola two weeks prior.

The other Grand Prix on this day in Spain 2016 was also remarkable for several reasons. Max Verstappen swapped from Toro Rosso to Red Bull with Daniil Kvyatt leading up to the race. He went on to become the youngest ever GP winner at just 18 years old from the Ferraris of Kimi Räikkönen and Sebastian Vettel. Spain ‘16 will also be remembered for Mercedes teammates Lewis Hamilton and Nico Rosberg taking each other out on the first lap.

There was very little other racing to write home about on this day, bar Jackie Stewart steering his BRM P61 to the F1 non-championship 1965 Silverstone International Trophy, where Jacky Ickx and Jochen Mass won the 1977 6-hour in a Porsche 935. Juan Pablo Montoya won the ‘99 Indy GP Rio 200 Sebastien Loeb’s Citroen Xsara the 2005 World Rally Cyprus and in 1998, John Force became the first NHRA Funny Car dragster to beat 320 in mph over a quarter-mile in his Mustang at Englishtown, New Jersey.