The braking point: Some thoughts on Sebastian Vettel 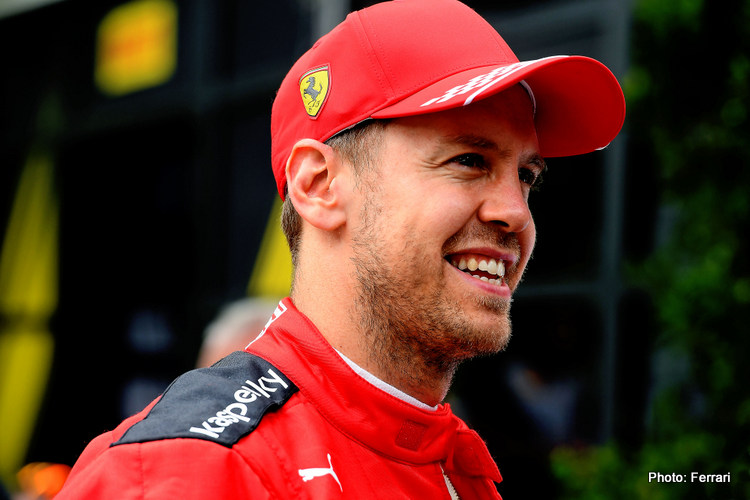 Deciding what to write about in the week that a four-time world champion announces he will be leaving Formula 1’s most decorated team is an easy decision.

The news that Sebastian Vettel will no longer be a Ferrari driver in 2021 has taken the F1 world by storm and understandably so. Not only does it mean that one of the sport’s great champions may be one step closer to retirement, but it also creates a mad scramble within the driver market that could have a number of interesting outcomes.

Last week I wrote about Carlos Sainz Jr and assessed his performance for McLaren in 2019 against the backdrop of rumours that he could be in line for a promotion. A week later and he has been confirmed as the man who will replace Vettel at Ferrari. How quickly things change.

As is often the wont of journalists and writers, a decision like this has precipitated a number of inquest-style pieces into the German’s spell at Ferrari. Vettel arrived at the team as a four-time world champion and the natural successor to Michael Schumacher, but like Fernando Alonso and Felipe Massa before him, he failed to bring home that coveted title. The reasons behind this are not as simple as blaming one party in particular and as much as some have tried to pin culpability on Vettel himself, it is much more complex than that.

Ferrari were not in the strongest of positions when he arrived at the team after Mercedes had stolen a clear march following the change of regulations in 2014. Vettel helped pick the team up and bring them together after a turbulent few seasons with an unhappy Alonso and even earned three wins in his debut campaign. However, given the strength of Mercedes and Lewis Hamilton that season, a title was beyond his reach and this was again the case in 2016 as Ferrari failed to build on their improvement the year before.

When Vettel looks back on his career though it will be the 2017 and particularly the 2018 season that will give him pause for thought. In both campaigns he had a genuine chance to take the title he so craved, but a combination of errors, mechanical failures and a worthy opponent saw him fall short on each occasion. Now, coming second to Hamilton does not make Vettel a bad driver and it should not be forgotten that he produced excellent performances during both campaigns, but at the very top level in F1, anything other than a championship is a failure and for Vettel missing out in 2018 appears to have been his last chance of achieving his Ferrari dream.

Alongside Hamilton and Alonso, Vettel will certainly be remembered as one of the three outstanding drivers of the post-Schumacher era, but due to the way in which his career unfolded some of his early successes will likely be glossed over, with his more recent failures perhaps remaining more centred in people’s minds. With time this could perhaps change, but with every passing year we have moved further away from the Vettel we watched dominate races from the front during a glorious four-year period at the start of the last decade.

For me, Vettel should be remembered as a very talented driver who earned the titles in a dominant Red Bull by executing races ruthlessly, displaying remarkable speed and consistently out-qualifying and out-racing his teammate Mark Webber. Whether or not he quite had what it takes to beat Hamilton at Ferrari should not detract from that. As F1 celebrates its 70th birthday, we are reminded that only 33 drivers have been crowned world champion and to win one, let alone four, you must be a very good racer indeed.