Inside Line: Dan was the Man for Ferrari, not two Charlies 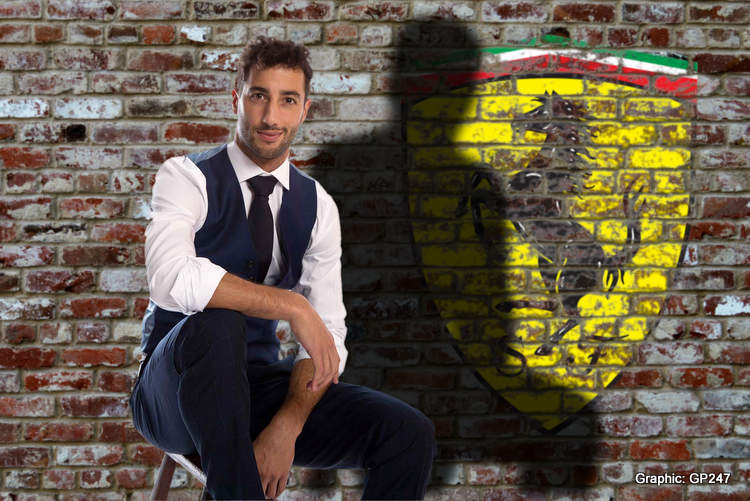 Wow! That was an incredible week of Silly Season action with Sebastian Vettel deciding to depart Ferrari which, in turn, triggered a flurry of unprecedented lockdown musical chairs and now that the dust has settled we have us two Charlies at Maranello from next year onwards.

We were also left with Daniel Ricciardo thankfully walking from Renault to join McLaren (with their Mercedes power in 2021) and Carlos Sainz set to don red race suits for the foreseeable future.

But I have to go out on a limb and say that Ferrari got the wrong guy to partner their numero uno Charles Leclerc.

In the Monegasque, they have a kid that ticks all the boxes and as for a new team leader the Reds have their guy. What they really do not need is Sainz in the sister car.

Carlos, son of off-road legend Carlos Sainz who remains a hugely influential chap on the motor racing scene, has fulfilled another chapter in the family’s remarkable motorsport journey.

Senior’s lad at Ferrari is the realisation of a personal dream for the rally maestro. How this turns out – sweet dream or nightmare – only time will tell.

But be assured, no matter the surname, inadvertently or not, the cauldron that is Ferrari provides his son with nowhere to hide and don’t expect them to be seeking cover as this is their arrival at the biggest team in sport; anything before this was only the build-up to ‘Sainz 2.0: The Young Gun’.

Afterall the Spaniard and his entourage are still aggrieved that Max Verstappen got the nod over him to replace Daniil Kvyat at Red Bull in early 2016. But, it would be fair to say, Red Bull (make that Helmut Marko) never really warmed to the Sainz clan and he said of their lad earlier this year: “Carlos is quick, we would not have signed him otherwise, but he is no Verstappen.”

The Red Bull consultant (who has a certain Jos to contend with these days) said of the two Carlos’, “I wouldn’t say he has a political father, rather one of those motorsport fathers who doesn’t look at it objectively, which is understandable, and just always does what he thinks is best for his son. But it’s not an isolated case, and by far not the worst.”

Now add to that considerable baggage the Spanish media armada, influencers and general VIP wannabes that will now descend on Ferrari to document every move made by their favourite son. The Sainz entourage is one of the largest in the F1 paddock and it just got substantially bigger.

For a team, is this healthy? One would imagine that Ferrari will know how to micro-manage the situation but that will just be the tip of the iceberg for the problem Maranello could face. The last thing you need is a bunch of moody and broody types adding to the inevitable tensions of the most-watched pit garage in motorsport.

The fact is: Sainz believes he is the best and has yet to prove it. He is a young driver who has yet to win races and that will be high on his to-do list, he is up against the acknowledged young gun of the future in Leclerc. Many expect him to go there and get blown away and even be the docile pussycat.

Make no mistake, the swords are already being sharpened. Expect big interest from Spanish sponsors which will only strengthen that side of the red motorhome.

Mark my words, Sainz is not going there to play second fiddle or be a number two driver. That digit does not feature in the Sainz DNA, imagine a call such as: “Hey, Carlos… Charles is faster than you…”

Thus in choosing Sainz, Ferrari have set the stage for yet another power struggle between two drivers who consider themselves the best of the next generation, one we know is, but is the Spaniard? He knows he is, of course as they all do, now he has the chance to prove it to us.

This will make for a salubrious chapter in Ferrari’s chronicles of bad driver choices. The ‘Tale of two Charlies’ has headline-generator written all over it and expect many.

The coming of Sainz is hardly the distraction they need as Leclerc, the chosen one, takes the fight to the might of Mercedes and Red Bull.

On the other side of the coin, we have Ricciardo, the big smiling and hassle-free, shoey quaffing Aussie. The guy who humbled Vettel in their year together at Red Bull then got miffed at being Marko-ed [de-favoured or out-of-favoured] at Red Bull when Verstappen seized the upperhand.

Dan jumped ship to beleaguered Renault for a handy sum which, in retrospect was a bank filler while he bided his time for a big team offer. But, unexpectedly, Ferrari did not happen for him when Seb quit.

However, McLaren did and they are the richer for having scooped his services to join the Woking outfit that is on the up and can do with another boost. Ricciardo will provide it, of that I am sure.

That Ferrari did not snap him up will be one of those mysteries that only the Reds can explain. He would have been the perfect balance for the fast but temperamental Leclerc. Yes, the lad is not the coolest under pressure and only Seb’s uncontrolled hysteria under said pressure blurred the chink in Leclerc’s armour.

Sainz will exacerbate that ‘weakness’ while Ricciardo would have pacified it as he did on countless occasions when he was Max-ed or Marko-ed. The Aussie took it on the chin. Sure it affected his driving and temperament but then he was up against two of the most hardcore characters in motorsport – Max and his Helmut!

But there were no Seb style explosions from Dan, he just got on with it and beat the odds on more than one occasion when his foot was already out the door – winning Monaco in 2018 when Max binned it in FP3 springs to mind.

Dan and everyone knows how good he really is, probably the best overtaker in the game, he has nothing to prove and remains one of the top three drivers on the grid. Furthermore, he will bring it home when all around him goes berserk and expect him to raise the bar as much as he can, and then simply taunt with a big grin: “Catch me if you can.”

And Charles, in the sister car, will have his work cut out to match (let alone beat) his teammate, and if he does that he can be sure the Aussie won’t prang into him or brake test him as he goes past.

In other words, in Dan, the Scuderia would have had a solid partner for Leclerc, a driver with winning pedigree, a known quantity, capable of fighting for and taking the F1 title in his own right.

One could argue that Charlie – of Spanish variety – is not quite there yet.

I would add to that Lewis still rises; for sure Charles, Carlos and Max will only get better; Valtteri is probably at his peak while Fernando and Seb are sliding south.

In closing, had Ferrari given Daniel a couple of years in Red, he would have brought along his brand of humour and chilled-out-factor which I have no doubt would have endeared him to Tifosi and been welcome amid the tension that engulfs the sport’s most famous team.

“Ricciardo wins at Monza for Ferrari” is a headline that sadly may never be written and, I for one will not be surprised that the Reds will come to learn, the hard way, that they should have opted for the paisan from Down Under not the bullfighter from Madrid.