Report: Ricciardo understood to have McLaren deal for 2021 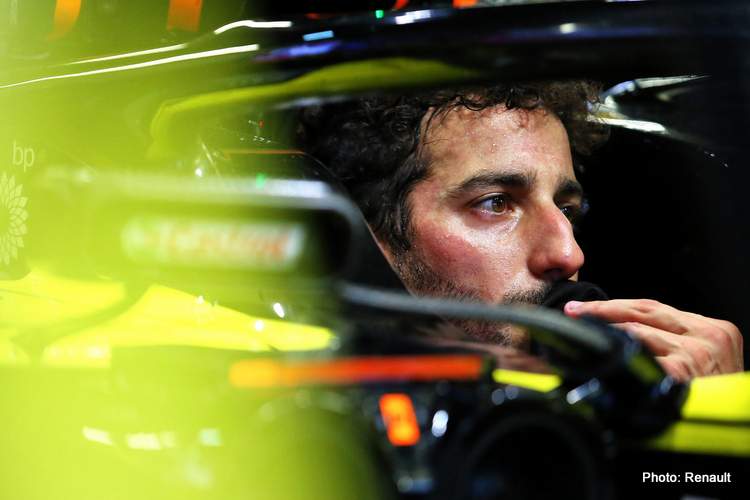 With Ferrari’s announcement of Carlos Sainz now widely expected, a seat at McLaren is soon to be available but it is understood it has already been snapped up by Daniel Ricciardo.

According the motorsport-total‘s Christian Nimmervoll, Ricciardo’s signing with McLaren is now also ‘certain’, although it is only expected to be made official when Woking, Maranello and Enstone make simultaneous announcements about the changes in personnel later this week.

Ricciardo has been long pursued by McLaren with his departure from Red Bull in 2018 sparking interest. Ultimately, it was Renault that were able to tempt away Ricciardo with a big budget move worth some $18 million a year.

His time at the French outfit has so far not been all it set out to be. Renault had aspirations of bridging the gap between the midfield and top teams with the help of Ricciardo. To the teams embarrassment, the best performing Renault’s on the grid in 2019 were those powering McLaren who claimed top honours in the ‘best of the rest’ category.

Both Sainz and Ricciardo see their current contracts run out at the end of 2020 making the transition simpler although McLaren did have an option to retain Sainz for a third season in 2021.

Now presuming all of this information is correct, we now have two complete driver lineups at McLaren and Ferrari with Lando Norris and Daniel Riccardo, Charles Leclerc and Carlos Sainz respectively.

It is now Renault’s turn in F1’s multi-million dollar game of musical chairs; a game that has purportedly tickled the fancy of Fernando Alonso. Originally, it would have made sense for Sebastian Vettel to opt for a shot in the midfield with Renault with a contract offer already on the table.

But over the past 24 hours, Renault and Alonso have been teasing fans on social media with a potential third stint together following an announcement from the man himself that he had already confirmed his plans for 2021 — more or less.

Alonso won both of his championships with Renault in 2005 and 2006 before making the move to McLaren alongside a rookie Lewis Hamilton in 2007. A stressful and controversial year for the McLaren group saw Alonso return to Renault in 2008 until 2010 where he joined Ferrari.

Having departed F1 at the end of 2018, Alonso has since talked about having unfinished business in the sport, but would a midfield drive with Renault really be the answer?