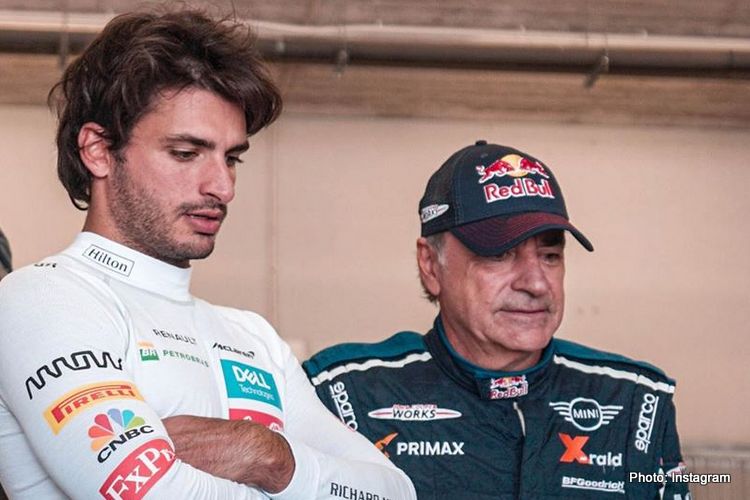 The question of who will replace Sebastian Vettel at Ferrari will be resolved in the near future, according to Carlos Sainz Sr.

Father of McLaren driver Carlos Jr, who has emerged as the favourite for Vettel’s seat, Sainz Sr stated his belief that the Scuderia will look to fill the vacancy as soon as possible.

“I can tell you little at this point, I do not want to deceive anyone. It is clear that things are accelerating and that the teams are not going to wait for the season to start because it is not even known if there will 100% be a season,” he told Movistar+ in a video interview.

“It is true that he is happy where he is and it is true that lately things are moving a lot, and I want to think that sooner or later there will be a solution, because we cannot stay two more months based on these rumors and these stories.

“But you are going to allow me that I cannot tell you anything more because this is a delicate situation.”

Earning his first career podium in 2019, Sainz Jr saw his stock skyrocket in his first season with McLaren, finishing sixth in the championship as the Woking outfit turned the corner after a dismal few years.

And while moving to Ferrari to partner Charles Leclerc would represent in significant challenge, Sainz Sr has no doubt his son could handle the pressure.

“Life is happening, either you stagnate or you take steps, and from what I see as a father he has the ambition to continue doing better, to take steps forward as he gave the year past,” he said.

“That has to be the philosophy of any athlete who competes in something like he did last year, and all I can do is encourage him to do it.”