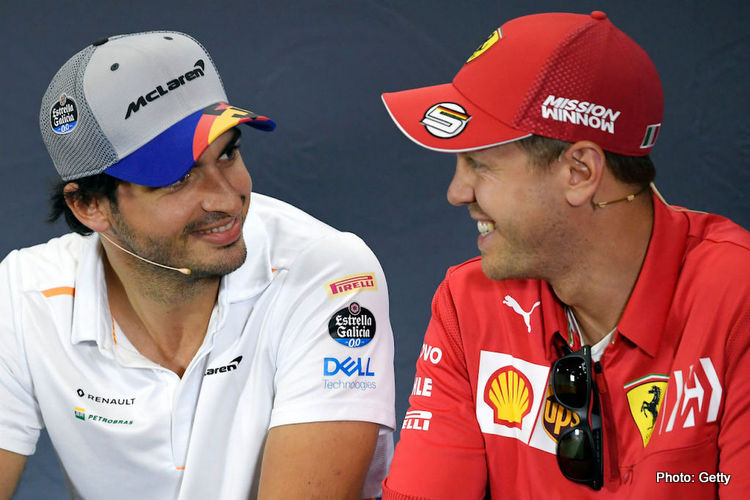 Carlos Sainz’s confirmation as a Ferrari driver is now only a matter of time, according to a report from motorsport-total.com.

The emerging favourite in the 24 hours since Sebastian Vettel and the Scuderia announced they would be parting ways at the end of 2020, the German website is claiming Sainz could have a contract signed as soon as this Thursday.

“Just one day after the official announcement that Sebastian Vettel will leave Ferrari at the end of 2020, his successor as teammate of Charles Leclerc at the Scuderia is certain: Carlos Sainz,” said the report from EiC Christian Nimmervoll, who broke the original story of Vettel’s departure.

This report follows the comments made yesterday by Sainz’s father Carlos Sr, who said on Spanish television that he expected a resolution in the near future, and backed his son to “take steps forward”.

On the other side of the coin, there are conflicting reports on the fate of Vettel, with Austrian outlet Die Motorprofis tipping him to go the other way and join McLaren, while Nimmervoll has stated his belief that the four-time world champion will retire.