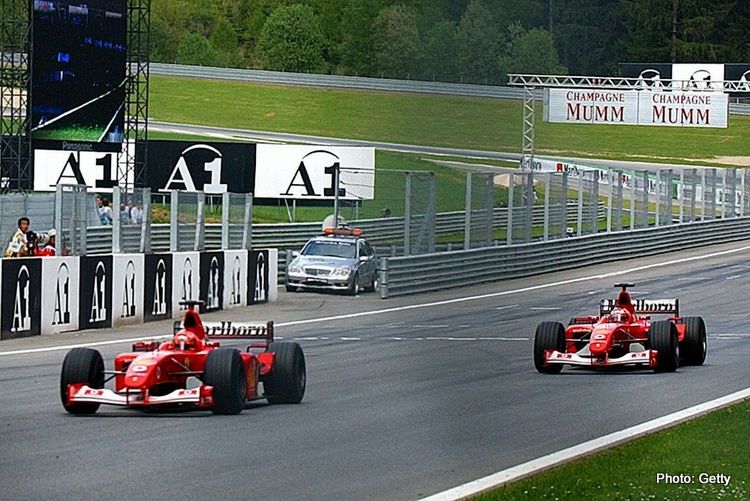 On a busy day for Formula 1 at Grands Prix all around Europe, there was not too much else in racing on his day.

Ayrton Senna took Monaco ‘91 Grand Prix for McLaren-Honda from Nigel Mansell’s Williams-Renault and Jean Alesi’s Ferrari, but the team in red came away from Austria red-faced in 2002. Rubens Barrichello was ordered to allow Ferrari teammate Michael Schumacher pass for the win and maximum Drivers’ Championship points with Juan Pablo Montoya third for Williams-BMW behind that infamous staged finish.

F1 has been back in Spain ever since on this day, where Ferrari’s Fernando Alonso pulled a cleaner, braver move to take the lead and his final Grange Prix win from Kimi Räikkönen’s Lotus-Renault and Felipe Massa in at Barcelona in 2013. More recently Lewis Hamilton led Valtteri Bottas to a 2019 Mercedes 1-2 over Max Verstappen’s Red Bull Honda.

In other racing, Graham Hill’s BRM P57 won the non-championship 1962 Silverstone F1 International Trophy and Will Power the 2018 Grand Prix of Indianapolis. In sportscars, Jacky Ickx and Jochen Mass won the ‘85 Silverstone 1000 in a Porsche 962C, Dindo Capello and Lucas Luhr’s Audi the 2006 US ALMS Lone Star and Allan McNish and Klaus Graf Porsche Spyder in Monterrey 2012.

F1 rookie Ayrton Senna shook the establishment by beating nine world champions in a race between top drivers of the day driving identical street-legal Mercedes-Benz 190Es to celebrate the opening if the shorter new Nürburgring in 1984. Off the beaten track, Carlos Sainz’ Ford Escort won WRC Indonesia 96 and Ott Tanak Portugal ’19 in a Toyota Yaris.

1951 and 1958 Indycar champion Tony Bettenhausen, who retired from racing three times but returned each time, died after an Indianapolis 500 practice crash in 1961 and Adam Petty (19), the fourth-generation driver of NASCAR’s most famous family, died in a during practice crash at New Hampshire in 2000.