Sainz emerges as favourite in the race for Ferrari seat 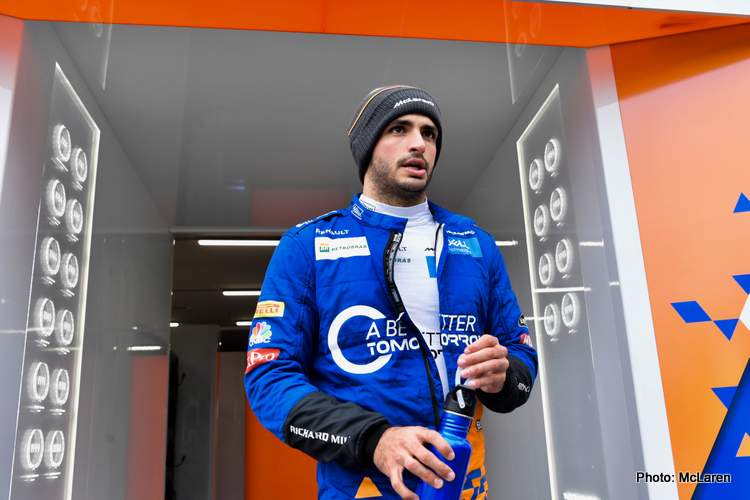 The early morning announcement from Ferrari regarding Sebastian Vettel’s departure from the team has got the rumour mill running at full speed. But according to reports out of Italy, it is Carlos Sainz that is the favourite in the race to Ferrari.

The divorce at Ferrari has thrust Sainz and Ricciardo to the forefront of ‘Silly Season’ talks but according to Franco Nugnes of Motorsport Italia, a preliminary agreement has already been made between Sainz Jr and Maranello with the announcement to be made official within the next 48 hours.

Carlos Sainz joined McLaren last year and has already spoken in February about extending his time in Woking further but was in no rush to push a deal through.

The Carlos Sainz and Lando Norris partnership has filled McLaren with new hope as the team continues to go through its renaissance after years of a toxic Alonso-Honda relationship they couldn’t get rid of sooner. Having survived the chaos and confusion of the Brazillian Grand Prix,  Sainz brought the Woking-based team a first podium since 2014 after being promoted to third thanks to a post-race penalty for Hamilton.

The 25-year-old Spaniard will be an appealing prospect for the Scuderia. He’s young, he’s dedicated and he’s quick but a team player at the same time; exactly what Ferrari needs. The Vettel and Leclerc partnership saw a number of spats occur between both drivers which was only to be expected when putting two “number one” drivers on equal terms.

The other, now looking less likely, the alternative is Daniel Ricciardo. Another driver who sees himself as the front runner at his teams, and left Red Bull given the red tape Verstappen had tied around the team. Ricciardo at his current salary will come at around five times the cost of Carlos Sainz, but he may be willing to take a cut for a shot in a Ferrari and at the title.

But the report from Motorsport Italia states that a deal between Ferrari and Sainz is only missing the finishing touches and for Carlos Sainz to put his signature on the dotted line.

A promotion for Sainz would open up a seat at McLaren that Vettel has reportedly already been offered a contract for. But a cryptic announcement from the four-time champion has also fuelled rumours of his outright retirement from the sport.