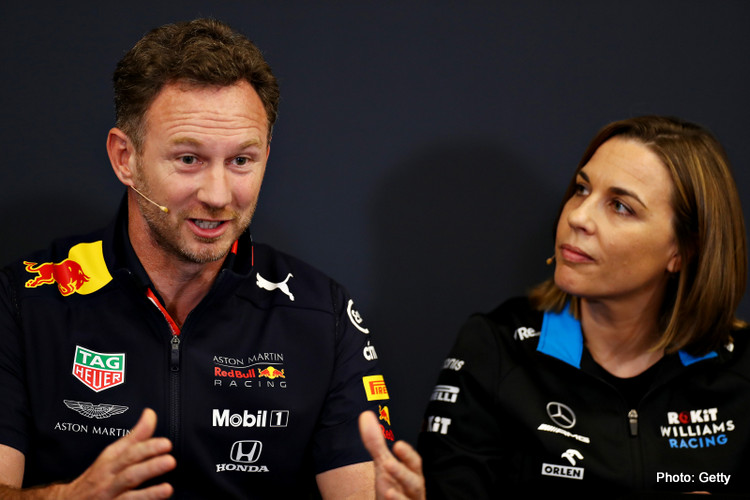 Red Bull boss Christian Horner has doubled-down on his earlier statements regarding the 2021 budget cap, suggesting Formula 1 would do better to focus on the actual cost of building and developing an F1 car than simply lowering the overall figure.

Penning his first entry in a new column for Red Bull’s website, Horner explored a multitude of topics, but finished by tackling the biggest issue in the current climate.

“Money is a hot topic among F1 teams right now,” he began. “The problem is, so much is made about the figure of the cost cap that I believe it is missing the point.”

Originally set at $175 million for next year, reports indicate that the teams have agreed to lower that figure to $145m, although many of the smaller teams are believed to be pushing to reduce that further to a number in the $100m-range.

“F1 teams will always spend whatever budget they have available to them. Plus an extra 10 percent.

“It is impossible to compare the spending of Ferrari to Haas, of Mercedes to Racing Point or even from Red Bull to AlphaTauri. They are all completely different structures and business models.

“I believe the solution should be looking at what drives those costs up in the first place and that is the R&D cost of building and developing cars in the hope of being competitive.

“If the main target of a cost cap is about being competitive and helping the smaller teams, especially as we come through the current crisis, then I would be fully open to selling our cars at the final race of the season in Abu Dhabi.”

An idea Horner has proposed before, customer cars have often been opposed on the basis they go against what it means to be an F1 constructor. However, the Briton argues that “times have changed”.

“Teams spend fortunes over winter copying others, why not just give them the opportunity to buy last year’s car?

“It would make far more sense for a team to be competitive, rather than spending money developing something if the funds are not there to do so. As the business model of the smaller teams evolves and they become more competitive with customer cars, they can bring in increased revenue and then look to build their own cars again.

“I truly believe the customer car solution could help in the short term and should be a serious consideration. There has certainly been some opportunism by some teams during the current crisis but I believe we need to look at all options rather than making a knee jerk reaction that could see many jobs lost.”