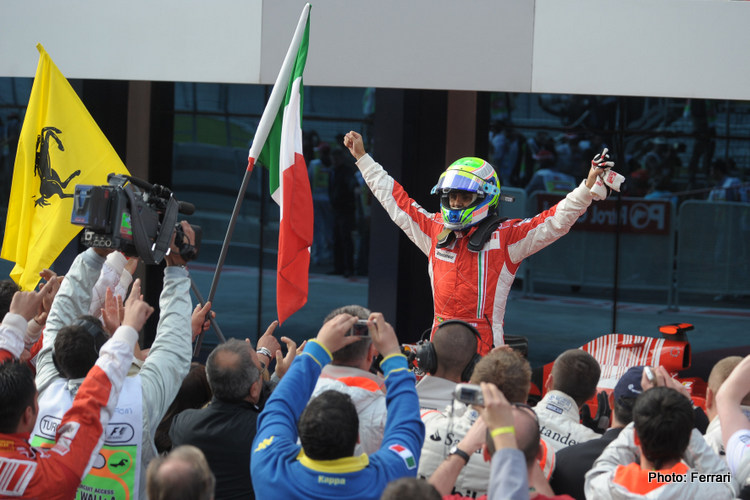 Graham Hill gave Lotus a little to smile about following a tragic and traumatic month when he won the 1968 Spanish Grand Prix.

Hill beat Denny Hulme’s McLaren-Cosworth and Brian Redman in a Cooper-BRM in the first race that Lotus team boss Colin Chapman had missed since 1954, as he mourned the double tragedy after both his drivers, double champion Jim Clark and Mike Spence died in racing accidents over the previous weeks.

There were two other GPs on this day as Ferrari driver Felipe Massa took the 2008 Turkish Grand Prix from Lewis Hamilton’s McLaren and Kimi Räikkönen in the other Ferrari, while Hamilton beat Mercedes teammate Nico Rosberg and Red Bull’s Daniel Ricciardo to the 2014 Spanish win.

In sportscar road racing, Piero Taruffi won a tragic last-ever Mille Miglia driving a Ferrari 315S in 1957 after his teammate, the Marquis Alfonso de Portago and his co-driver Edmund Nelson were killed along with ten spectators in a crash following a tyre blow-out 40 miles from the finish of the race. The Targa Florio however raced on as Olivier Gendebien and Luigi Musso‘s Ferrari 250TR won the 1959 race on the day that Ferrari made its racing debut as a manufacturer in 1947.

Off the beaten track, Marcus Gronholm won the 2003 World Rally New Zealand in a Peugeot 206 and Jari-Matti Latvala Rally Argentina 2014 in a Volkswagen Polo.