Hamilton: I’ve been racing myself 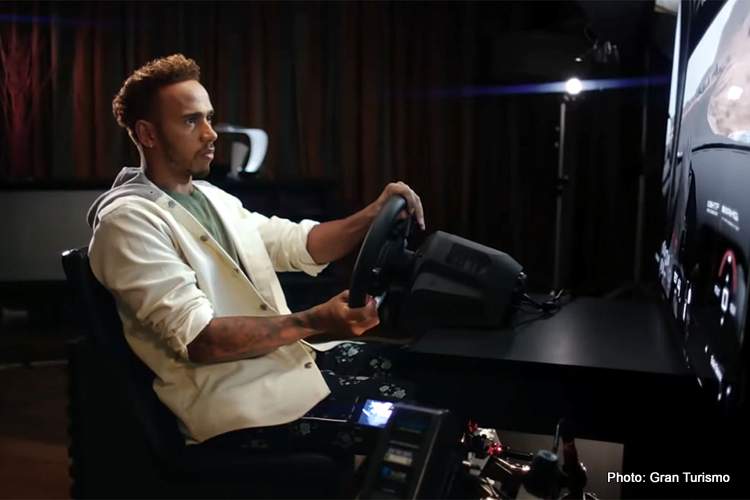 While Formula 1 rivals compete in virtual grands prix and various esports series during the COVID-19 lockdown, six-times world champion Lewis Hamilton has been busy racing against himself.

The Briton has been a keen gamer since boyhood and for some years a brand ambassador for the Gran Turismo franchise on Sony’s PlayStation.

“I’ve been working with them the last couple of years and I got to do this challenge, beat my time kind of thing,” the 35-year-old said in a Mercedes video interview discussing what he had been up to in the absence of real racing.

“So I’ve been racing myself, trying to beat my own laps and stuff. It’s been frustrating as hell because my laps are pretty decent I think.”

The Lewis Hamilton Time Trial Challenge also has a ‘ghost car’ to mimic racing against the Mercedes driver as well as video tutorials.

Hamilton said he had also played the Call of Duty shooter game with AlphaTauri’s Pierre Gasly and Ferrari’s Charles Leclerc, who has won two of four official F1 virtual races so far.

Ferrari’s Sebastian Vettel, a four-times world champion with Red Bull, made his esports debut this month after being sent a simulator to use at home but Hamilton said he was “not very interested” in that.

“I never drive the simulator, very rarely,” he explained. “I think with simulators it’s very, very difficult because the movement is never perfect.

“You’re at home with the simulator, so the seat doesn’t move. The mind is telling you the car’s moving but you’re not getting cueing of movements.

“You have to kind of override your mind and I don’t really like doing that, going through that process. Then you get in the real thing, and it’s completely different.

“I don’t find it personally any benefit whatsoever doing simulation things. But the actual fun and gaming side of things, when you get to play with friends and people online, that’s the fun stage.”

Formula One has not had a race since last December but is hoping to get the season going in Austria without spectators in July.

In the meantime its virtual races have filled the gap on what would have been grand prix weekends with regular drivers and sporting celebrities such as Manchester City striker Sergio Aguero and golfer Ian Poulter.

Hamilton said he was raring to get going for real after months of waiting.